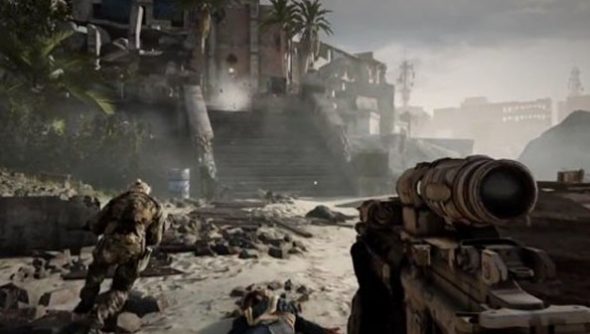 Like an unpopular map in one of its games, Medal of Honor has been pulled from “rotation” by EA following the poor reception critics proffered Medal of Honor: Warfighter. The problem? Too authentic, reckons EA COO Pete Moore.

“The game was solid, but the focus on combat authenticity did not resonate with consumers,” said Moore. “Critics were polarized and gave the game scores which were, frankly, lower than it deserved. This one is behind us now. We are taking Medal of Honor out of the rotation and have a plan to bring year-over-year continuity to our shooter offerings.”

EA Labels president Frank Gibeau picked up Moore’s frank tone and ran with it, as you might expect: “We’re in a hit-driven business where it’s about what you can build in a certain period of time and really deliver for the marketplace, and frankly we missed on Medal of Honor. And we take responsibility for that.

“If you look at Medal of Honor as a specific case, it was really about a hit missing,” he concluded.

It’s a knockout blow for a series first defined on PC by Infinity Ward, with Call of Duty blueprint Medal of Honor: Allied Assault. MoH has never once regained its footing since, despite some of its braver entries – instead seemingly doomed to follow one pop culture point behind its most conspicuous rival.

Still, EA have no plans to stop their annual shooter program. Could that mean more Battlefield? A return to Bad Company?