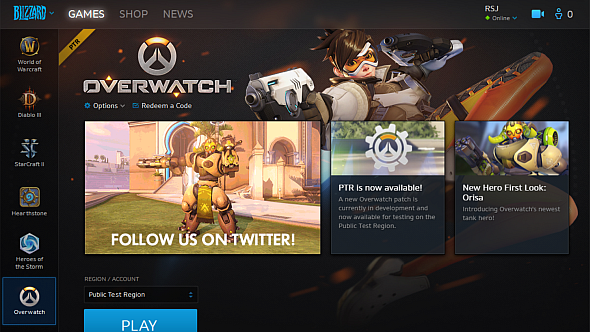 With its latest patch, 1.8.0, Blizzard have officially retired ‘Battle.net’ branding of their game launcher app.

Many of the best games on PC have been fired out of the friendly corners of a Battle.net window.

If it hasn’t happened already, the next time you start Battle.net, you will seal its fate. A small update is downloaded, and when you restart, ‘Blizzard app’ will rise from Battle.net’s grave. The cool, vaguely atomic logo made of six swirls is also replaced, with Blizzard’s logo skulking cramped in its corner. A little ‘What’s New’ message pops up, saying, with breathtaking nonchalance, “we’ve given the App a small makeover to make you feel more at home in the Blizzard universe.”

Battle.net is more than 20 years old, you know. It was launched on November 30, 1996, with the release of Diablo. Blizzardannounced the decisionto retire the name six months ago, almost to the day, citing “occasional confusion and inefficiencies related to having two separate identities under which everything falls.”

Tradition sacrificed in the name of efficiency – just the way of the modern world, I suppose.