As the captain of a ship filled with mercenary mech pilots, your main concern is keeping your ship flying. While that is obvious the means of doing so do not come so easy. It means making enough money each month to pay your crew and afford the fuel you need to travel between jobs. Everything else is secondary. In that respect, there is a touch of Cowboy Bebop – yes, the anime – about Harebrained Schemes’s BattleTech.

For more on the combat, here’s why Harebrained Schemes aren’t just making a straight adaptation of the BattleTech board game.

Earning money in BattleTech is simple – at least, in theory. The turn-based mech game takes place in a universe busy with warring royal families, competing corporations, and downtrodden people waiting for their moment of revolution. All of these groups are looking for the help of a lance of MechWarriors who command the walking battle tanks. Easy money! Right? Well, maybe not, as completing a job with a net profit is the challenge here. 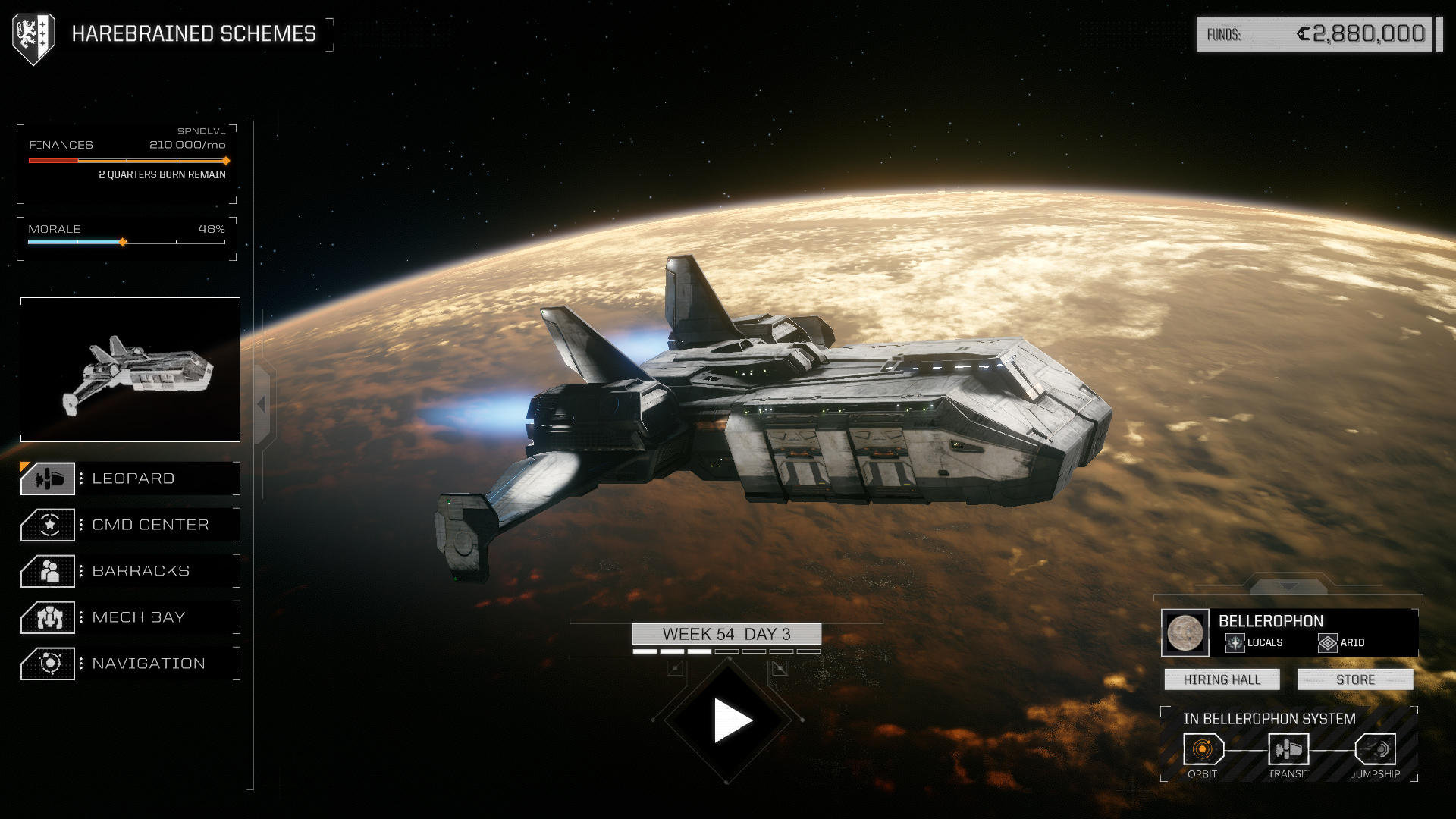 The mission I played of BattleTech’s single-player campaign had me hired by a corporation that needed help taking back control of mining platforms stolen by a competitor. I had to destroy a command tower that was operating an array of turrets across the map and take out the lead mech defending the area. Simple.

I ordered my lance of four mechs to split up, directing two to take the main road up to the base housing the turret control tower, while the other two would flank round and attack the same base in an assault over the desert. Within two turns it was all falling apart. The mechs I had sent along the main road got caught up in a close-range fight against a pair of 50-tonne mechs armed with an array of lasers and high calibre machine guns and, now in sight of the enemy, became targets for every long-range missile turret on the map. The mechs I had head through the desert did so unmolested, but the route was slow-going, and they were not going to be any help until they could get into range in another few turns.

After taking lots of damage, the mechs on the main road were able to take out one of the defenders and march into the base to destroy turret command, halting the rain of missiles that had chipped away at their armour. In a last-ditch effort to take out the second defending mech, I had one of my own perform a Death From Above – activating its jump jets and pouncing on the final defender. The tactic worked, sort of. The weight of the 55-tonne mech destroyed the already weakened defender but took with it the leg of my mech, causing it to fall over – the pilot was knocked out cold in the process, taking my mech out of the battle. 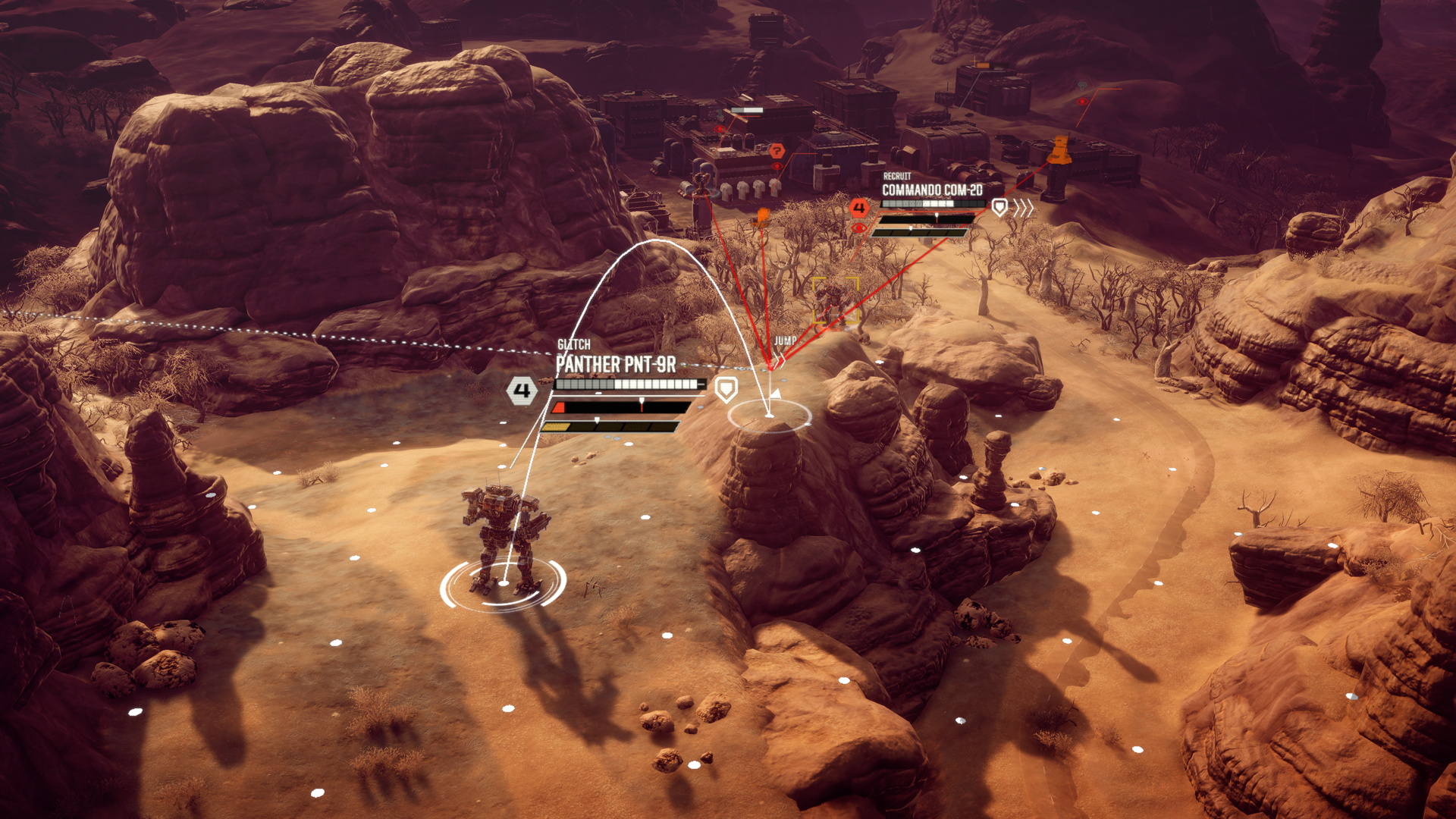 Over the next hour, my three remaining pilots were able to take the second base, destroying the main defending mech and completing my objectives. However, in doing so, my mechs were severely beaten up, losing armour plating, limbs, and the pilots themselves sustained injuries.

While technically a win, in the grand scheme of the campaign I had played terribly. I had four injured pilots, all who needed time to heal; four mechs that need to be repaired and refitted, which is costly and time-consuming; and, because I had hammered the enemy mechs instead of taking each out with precise assaults, I had destroyed a lot of the potential salvage from the battle. While I get cash and battle salvage for completing the mission, the rewards are eaten into by the costs – and mine were devastating. Depending on whether I had the parts to repair the damaged mechs, and if the work can be completed by the time I reach my next contract, I could actually be in a worse position for my next mission despite my success. 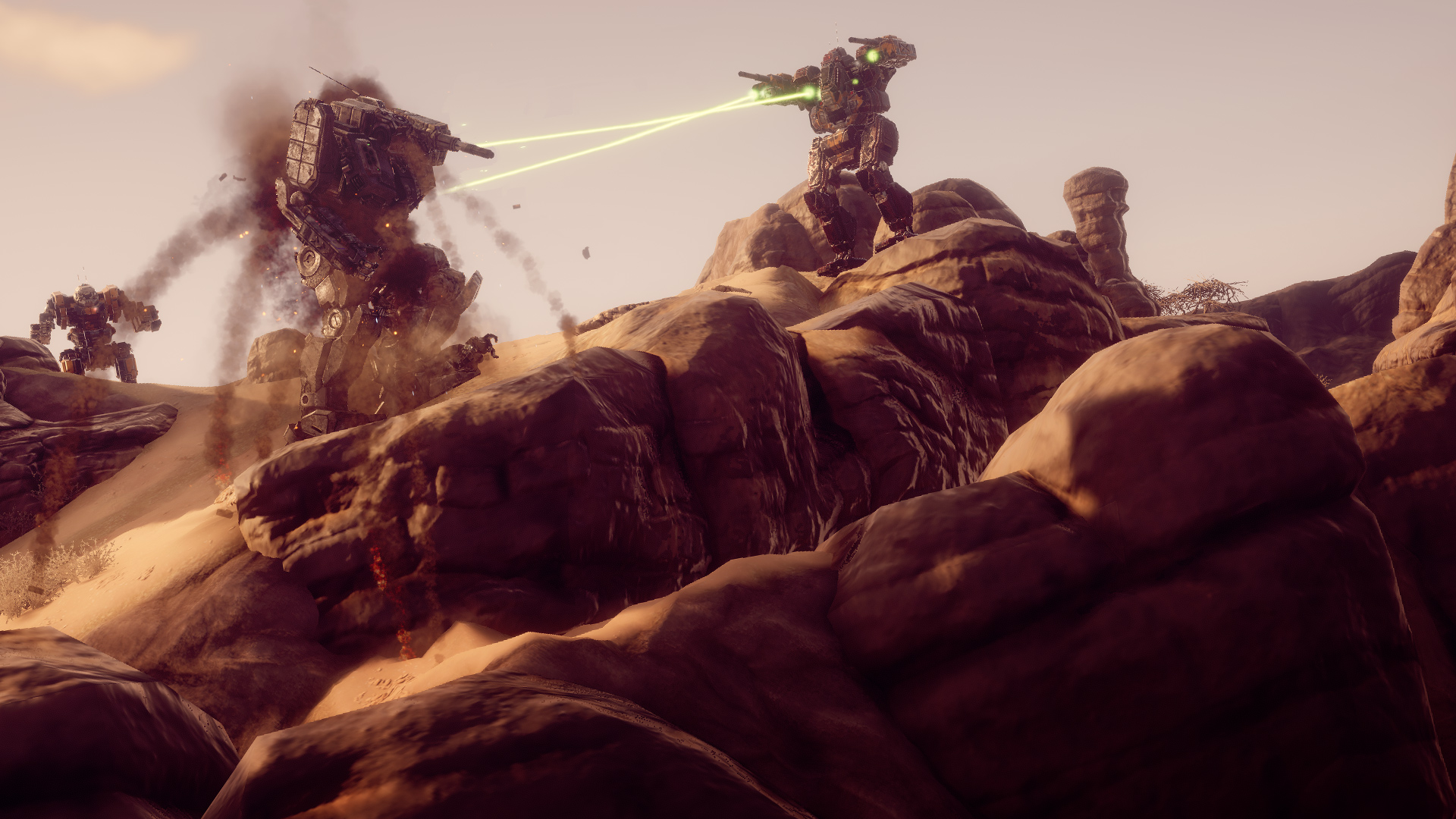 Harebrained Schemes have devised a clever campaign for BattleTech that is part scripted and part procedurally generated. The central story is offered to you as a breadcrumb trail of contracts, all focused on helping a deposed princess take back her throne, but surrounding this type of scripted event are missions that are spawned out of your circumstances. If you help Corporation A against their rival Corporation B, then Corporation A may start offering you better and better paying contracts against Corporation B.

This balance of crafted and generated missions should colour the galaxy you are travelling across, letting your redraw it with the knowledge of personal alliances and rivalries you have formed, and the stories you have uncovered by chance. 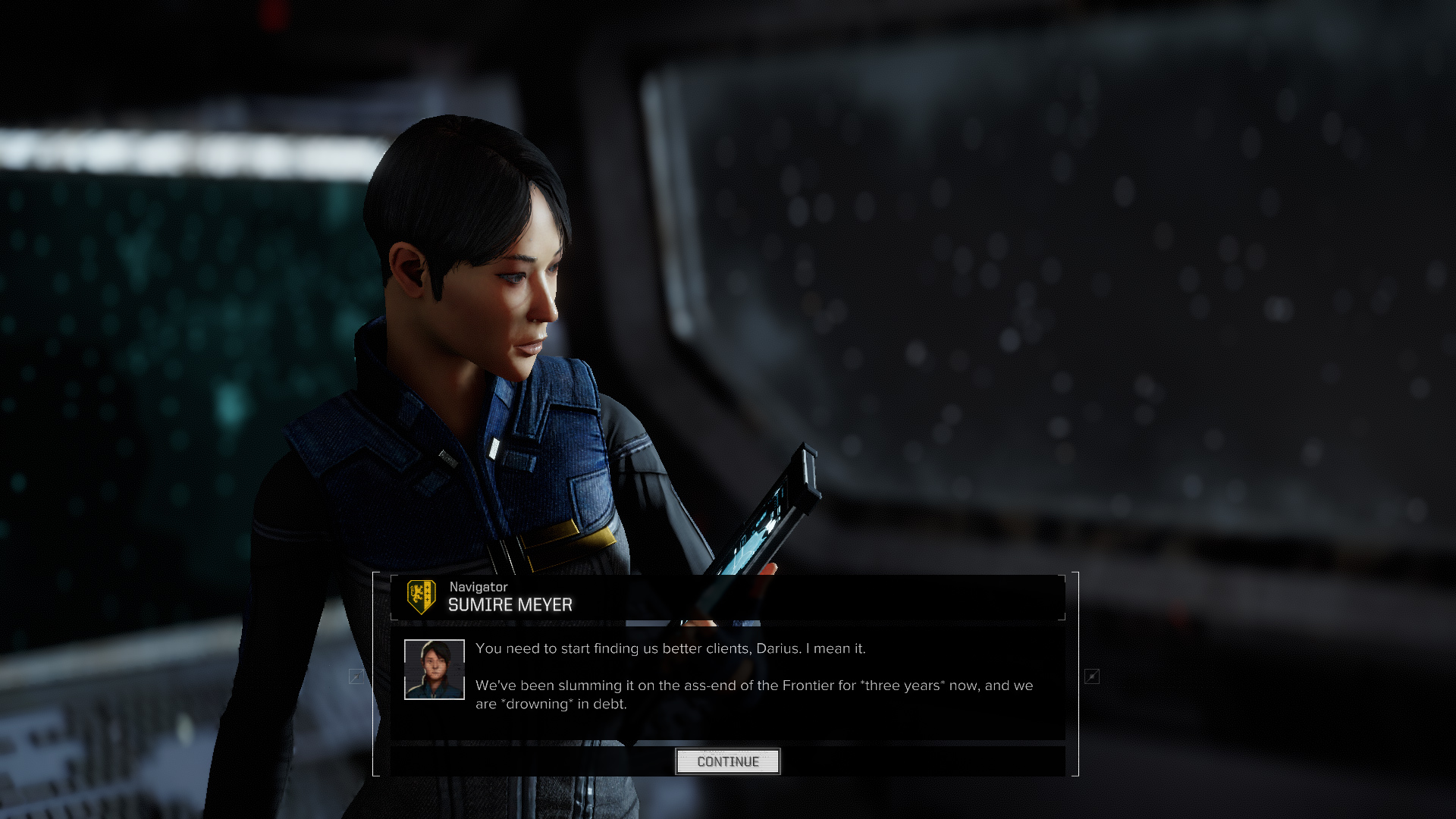 Across these missions, your pilots will level up, unlock new abilities, and increase their skills in the cockpit – either becoming masters of a single style of machine, or spreading their experience across multiple builds. Similarly, you will salvage a collection of mech chassis and fittings from the battlefield. In BattleTech, salvage is more important than what you can buy on the open market because you aren’t living in the golden age of humanity; the engineers of your time are not as talented as the mechbuilders that came before them. This mean you can only salvage the best mechs and equipment in the game by first defeating them on the battlefield (so long as you do not damage it too badly).

I can already see how these different systems of continuity – your bank balance, your pilots, and your mechs – will bind together to make you invested in the BattleTech campaigns. Often, there will be missions where I have to choose between the life of an experienced mech pilot or the success of a mission, or holding back from a fatal shot because it could potentially destroy some invaluable salvage.

If Harebrained can pull it off, it looks like they will infuse every turn of every battle in BattleTech with contextual meaning stemming from a procedurally generating campaign. If that is the case, whenever you make planetfall and send your mechs into a turn-based battle, you will have to keep in mind larger concerns than simply achieving victory. There may genuinely be times when you are richer for retreating than paying the cost of what it will take to win.