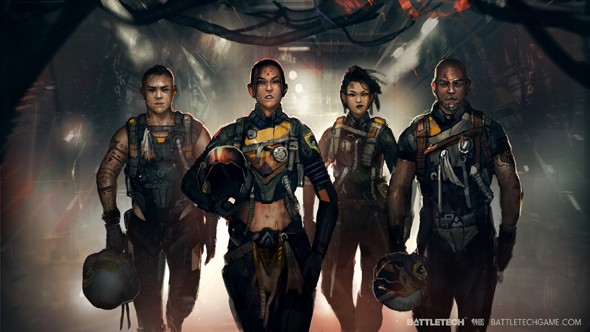 Jordan Weisman, Harebrained Schemes CEO and creator of BattleTech and Shadowrun, has laid out the team’s plans for the future of BattleTech. He told us that any DLC, expansions or sequels they do “will always involve story,” and may not follow Paradox Interactive’s traditional DLC route.

Weisman compared their previous Shadowrun games to how Paradox handles post-launch content. “The only way to do more Shadowrun is to do expensive hand-created content”, he says, whereas Paradox usually focuses on improving systems and gameplay, “which then generates a whole bunch of different kinds of gameplay.” He says that “BattleTech is this interesting hybrid between the two.”

“Shadowrun games, you play the story that we wrote. Paradox games, the game tells the story of your play. BattleTech is a mix of those two, it’s our first stab at our mix between those two.”

The team have apparently not yet decided what the right release model is for BattleTech, “whether it’s expansions, sequels, or some combination ‘thereof.  That we haven’t worked out yet but we’ve given ourselves the ability to approach this in a lot more ways than we did with Shadowrun.”

No matter what DLC or sequels come to BattleTech, according to Weisman they will always be story-based. “They will always involve story because, for us, blowing shit up is fun but it’s a lot more fun in the context of other story. Why are you doing this? What does it mean? What’s the impact of it? What’s the human conditions that surrounds it?”

He says the developers aim to “find the right alchemy that mixes high player agency and replayability with characters and story that have that emotional core”, and adds, “this is true of where we want to go overall as a studio, not just for BattleTech but our future games as well.”

Harebrained Schemes are planning a big update for BattleTech around June/July, although this will entirely consist of improvements to the current game and will not feature any new content, other than the option to customise MechWarriors. At the time the developers said that they were looking at releasing “a larger paid content expansion or two” – but going by what Weisman told us, they may not have fully decided yet.

We’ll have the full interview with HBS CEO and BattleTech creator Jordan Weisman up soon.