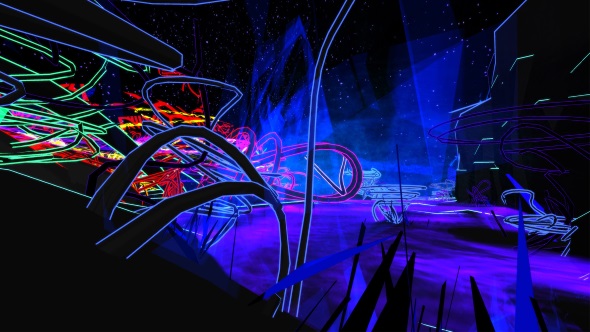 We’re back! Sorry for our absence last week. We decided to give indie devs a moment to catch their breath over the new year’s weekend, but we’re back and firing on all cylinders, bringing you yet another five upcoming indie titles that should immediately go on any discerning gamer’s wishlist.

It’s that time of the week again, and PCGamesN returns to help you cut through the noise, and tune your signal into some of the most intriguing experiments in the indie scene this week, one enticing image at a time. Check out the latest crop below, and check back next week for more. Plus check our our lineup from last time, December 24th, if you missed it!

As with last time, these games are picked from the most recent roundup on the #ScreenshotSaturday tag, but if there’s a better trailer available than the latest animated GIF shown, we may use that.

I’ll be the first to admit that ‘walking simulators’ aren’t normally my kind of game, even the ones with narratives that resonate personally, such as Tacoma. Fortunately, Colorfiction’s0°N 0°W is also a reality-warping trip through a glitchcore, impossible environment the likes of which can only exist in videogames, and that is entirely my jam.

In a twist that reminds me a little of surreal Playstation game LSD: Dream Emulator, the strange and beautiful warped worlds are randomly generated, and your progression through it is open-ended. While arguably this is set to be more of an art installation (it debuted at the Children’s Museum of the Arts in NYC), but that’s nothing to hold against it.

0°N 0°W is set for release sometime early-ish this year. Check out the Steam page for the game to wishlist if you want, and check out more gameplay footage and screenshots on the developer’s twitter feed if you want to soak in a little more of the weirdness.

By Pie For Breakfast Studios, no due date

While the zombie zeitgeist seems to be on it’s way out, there’s still a lot of fun strategic and tactical decisions to be made in a world overrun by the undead. Dead Man’s Trail looks like a blend of Oregon Trail, FTL and perhaps a dash of Death Road To Canada, blending toad-trip strategizing, team building and real-time tactical combat as you make your way across the apocalyptic wastelands.

Knowing my luck, I’ll go and get everyone in my crew murdered and eaten by cannibal bandits long before any undead get close enough. Remember the golden rule of zombie fiction, after all: Man is the real monster, and perhaps I’m just too hopeful in humanity to survive the post apocalyptic world. Either that, or zombie game developers are too cynical.

You can see a little more of the game on its (now largely redundant) Steam Greenlight page, its official site, and the developer’s Twitter feed. There’s no hard release date at the moment (it’s definitely slipped from it’s ‘latter half 2017’ target), although it’s looking quite close to completion now, so I’d wager that we’re not too far from getting our brains chewed on once more.

By Plasma Captain, no due date

Game design is a little like cooking. While there’s always room for something completely revelatory and avant-garde, sometimes what you need is an unusual combination of familiar elements. Snake Evader, then, seems like one hell of a party game, blending core gameplay elements from Bomberman, Snake and Pacman to create a unique whole.

Playing as little Bomberman-like robots, you run around trying to collect golden eggs before AI-controlled snakes (each with their own distinct movement patterns) can snarf them, extending their bodies and making escape just that little bit harder. As with Bomberman there are a range of playmodes, from a story-driven adventure with hand-crafted levels and puzzles, to your classic arcade survival mode, throwing four players into a robo-snake-pit and shaking things up until only one player is left standing.

You can watch a bunch of real gameplay footage over on the developer’s Youtube channel here, with smaller clips to be found on their twitter feed, and a bunch more animated GIFs and more information available on the official site for the game. There’s also a demo available on Itch.io, if you want to give it a quick try with your friends.

By GigaWaller, no due date

I’ve always got room in my life for a little more Mega Man, and GIGABUSTER (the name should clearly be in all caps) is not only gorgeous-looking already, but is drawing mechanical inspiration from both the Mega Man X games, as well as the (underrated) Mega Man Zero series, all tied together with a surprisingly anti-capitalist story about tearing down mega-corporations and their subsidiaries one giant energy blast at a time.

What already makes this one stand out from the crowd is the gorgeous art. Just look at those explosions! While Mega Man inspired games (and Mega Man fan-games, even) are ten a penny right now, very few go as far on the visual front as this, and the combination of X and Zero elements could result in something especially compelling. It’s not just pretty, either – the visual design is consistent and clear, and enemy bullets are very visually loud, setting them apart from any background.

Digging deeper, it appears the game also has a parry mechanic, which is something I will never not love, and with such well-telegraphed enemy fire, it’ll probably be the cause of half my deaths as I over-confidently try to repel every oncoming shot. You can find a ton of additional gameplay clips over on the official Tumblr page for the game, as well as the developer’s Twitter feed.

By Space Crab Development, no due date

Grungy industrial style, growling music, thick space-Russian accents, chunky tanks and more. This C&C-inspired RTS looks and sounds the part, putting you in the commander seat of three wildly different factions – the Martian 1st Industrial Cohort, the Earth Liberation Forces, and a mysterious third robotic faction of unknown origin, all competing for the rich resources of the red planet across both story-driven campaign and multiplayer modes.

They’re planning on going all the way with the C&C inspiration here, right down to live-action FMV cutscenes featuring actors hamming their way through a script and chewing on the scenery whenever possible. It’s all part of the fun, really, and the parts of the soundtrack they’ve released thusfar feel like a pretty clear nod to Frank Klepacki’s style.

The tiny development team working on the game hope to at least partially fund development through Patreon, although aren’t making much off it at the moment. Still, you can keep up with development via their Patreon page, which is where the majority of major updates get posted, including a peek at the FMV side of the game. There’s a few more updates for the game over on the dev’s Twitter feed as well.

That’s it for this week. Got any favorites you want to share? Post them in the comments below, and if you’re a developer and want to see your game here? Tweet about it on #ScreenshotSaturday.