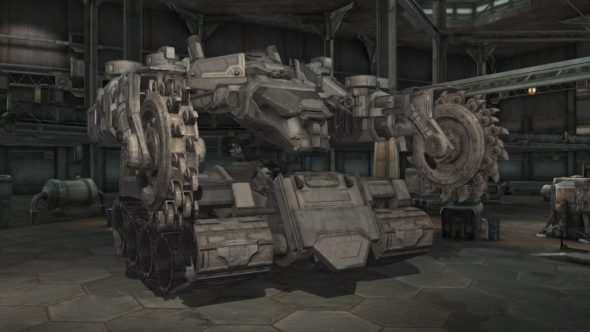 It’s that time of the week again, and PCGamesN returns to help you cut through the noise, and tune your signal into some of the most intriguing experiments in the indie scene this week, one enticing image at a time. Check out the latest crop below, and check back next week for more. Plus check our our lineup from last week, October 29th, if you missed it!

By Chumbosoft, no due date.

Pokemon meets Earthbound meets Shin Megami Tensei is all you need to know about Heartbeat, before I point you in the direction of the generously sized demo. Set in a world where humans coexist with Mogwai – sentient (but often adorable) spirit-creatures from another realm – there’s significantly more story here than your average Pokemon, with a simple errand run escalating rapidly into a ‘fate of two worlds’ drama, albeit with a cute and silly cast.

Heartbeat is made in RPG Maker, although it uses enough custom-made elements to feel almost entirely fresh. The combat engine in particular is complex and rewarding, giving each character a solidly defined role to play with enough options to make choices feel meaningful. Your party’s growing variety of skills carries over into the overworld, with each character able to interact with the environment in a different way.

There’s no release date on this one, but I’ll be all over it when it finally launches.

By Bombdog Studios, early builds available direct, no due date

Anyone else remember Chrome Hounds? One of the Xbox 360’s first online games, and it was glorious – a heavyweight mech shooter by FromSoftware (the Dark Sousl/Armored Core guys) that emphasised organisation and teamwork through voice chat, as your team could never be in all places at all times. While a much easier sell nowadays, it just didn’t catch on and was shut down relatively early in the 360’s lifespan.

MAV is an independent attempt to replicate what worked about Chrome Hounds – up to and including it’s incredibly satisfying mech construction system – while trimming away some of the fluff. It’s been in the works for years now and offers a huge variety of mech parts, some halfway competent bots and a small but dedicated multiplayer community already.

MAV has had some ups and downs in its lengthy development cycle. After finding user engagement on Steam especially low, the developer has opted to sell it solely direct. You can play it now, or keep up with the development over on Bombdog’s site.

By Bouncyrock Entertainment, no due date

While Divinity: Original Sin 2 might have found a pleasing balance of tabletop mechanics and traditional CRPG gameplay in its dungeon master mode, it still wasn’t quite a tabletop experience. There’s just something to be said for the clatter of dice and nudging miniatures around a grid.

Talespire hopes to bring the tabletop experience online in the most tactile possible way, but with as many rough edges filed off as possible. You physically throw chunky physics-driven dice, but don’t have to worry about knocking over the miniatures, and the line of sight of the world map is calculated as you move through it, so ascending to a new floor sees a whole new chunk of map build around you, block by plastic-and-card block.

Rather than just share a short animated gif, I decided to leave an entire game in the video slot above. The plan for Talespire is aiming to support the D&D-derivative OGL game system, but remain flexible enough to work with any tabletop RPG ruleset. Perhaps less of a game and more of a tool, but it’s a gorgeous-looking tool and those tilt-shift camera effects are amazing.

By MindWalker Games, out in Early Access, final version due Q1 2018

The genre might have fallen out of vogue this year, but you can’t deny that a good tower defense game is a satisfying thing to play. Number-crunching and passive violence in equal measures.

Possibly inspired by the Toy Soldiers series, Sentinels adds the option to directly control your turrets for precision shooting, for when a particular target needs to be demolished right this second. The game will also include a Convoy playmode, where you build your defenses on the back of moving vehicles which may not always be in perfect alignment, defending your platforms as they move across the map. Development of this one is going to continue for a while yet, but it’s not too far from finishing now.

By developers unknown, no due date

And on the complete opposite end of the scale is Bastard. Mysterious, recently announced, no studio announced or official site launched. Just a twitter account featuring art of a weird skull-faced protagonist and a bunch of intruiging gameplay GIFs, and a vague mention of it being at least partially roguelike in nature.

I’ll be keeping a close eye on this one. If nothing else, the pixel art is gorgeous, if more than a little on the grungy-and-grim side.

We mentioned this one last week, but it gets a refreshed mention because it has a new trailer, a playable demo and a Kickstarter this time round. It’s already a bit over halfway to its basic funding goal, but could use a bit more of a push to get it really poished and shiny.