Did you know you can alter the look of your Steam client? An underused folder resides in your Steam directory named “skins”. It controls the entries in an equally barren menu in your Steam settings and lets you change the layout, fonts, colour and texture of all the bits of Steam that aren’t a mirror of the webpage. So that’s your games and downloads page, menus, and so on.

With this limited scope, a small community of folks have been creating everything from skins designed for specific anime fans to updates that make Steam gel a bit better with Windows 8 and 10’s more modern interfaces. We’ve rambled around the internet to find the absolute best of the best Steam skins and now present them for your perusal, along with instructions on how to get ’em working.

How do I install Steam skins?

Don’t worry, it’s ludicrously simple, if not as easy as it would be if they were included in the Steam workshop. The reason for that, incidentally, is that the current skinning system is very old and many of the ones listed here are hacked together by pushing the system to its absolute limits. They’re still legit – and really help to prettify the client – but it’s rumoured the UI and skinning will get a big overhaul in the nearish future (Valve time) to move to auto-updating workshop support. In the mean time, here’s how you currently do it.

Most of these skins have Steam community groups that can be joined to keep up to date on development and find out when new builds become available. The more popular ones also have Patreons to help fund development or official sites with more information. We’ll link to all of those and you can pick where you want to download from. Now, onward, to fresh flesh glory. 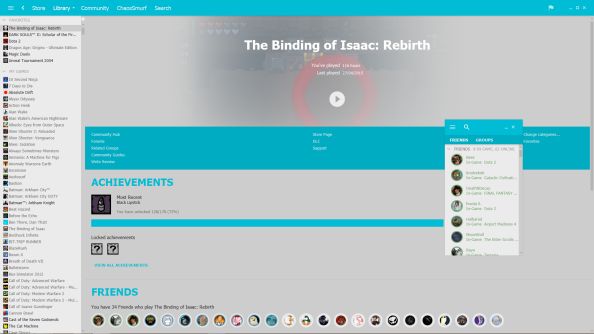 The first entry in our list brightens Steam up a bit with a lovely blue colour and reorganises game pages to have more relevant information first. It also minimises how much of the background is taken up by whatever random screenshots you happen to have taken, making the whole thing feel more connected. The aim of the project is to “embrace Google’s Material Design language, showcasing consistent beauty through minimal design.” There’s certainly a lot less noise on each screen, though the brighter colours aren’t my personal favourite – thishandy FAQlets you change them and you can see the effects in this lovelycollection of screenshots. 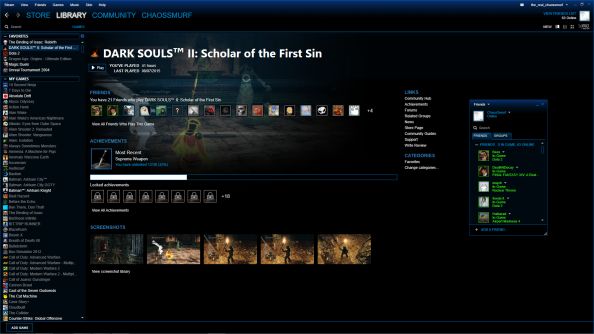 This might actually be my favourite in the list. It does little layout wise, though changes the style of some buttons and makes the bottom bar less unwieldy, moving account information to the top right hand corner. Mostly I just really love the shade of blue chosen and the font change. It’s a touch darker than the regular Steam skin too, highly preferable to those of us who regularly suddenly realise it’s four in the morning. The Digitally Unmastered skin is a green version of this, but can be slightly buggier. It’s located at the same links. 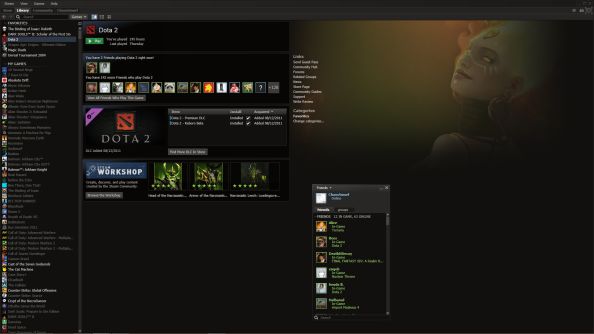 Focused on making every piece of the Steam UI take up as little room as possible, the above picture – taken in full screen – doesn’t really do Compact justice. The devs have provided some better screenshots, showing just how much info you can cram intosmall screen spaceorone window. Definitely worth a look if you’re running Steam on a smaller device. 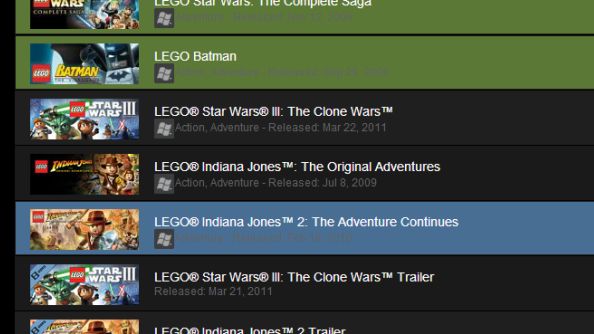 Enhanced Steam isn’t actually a skin (ha, tricked you!), it’s an add-on for Opera, Firefox and Chrome that improves using the Steam store in your browser. That’s not something I regularly do, but this adds so much stuff it might cause me to switch. Most useful, for me at least, is prices displaying their other-region versions on mouse-over. It also makes it more clear which games in a list you own, are on your wishlist or you have coupons or gift copies of. All this comes with a big options menu for customising which bits you see and how they’re laid out. Lots of screenshots and more details on the site. 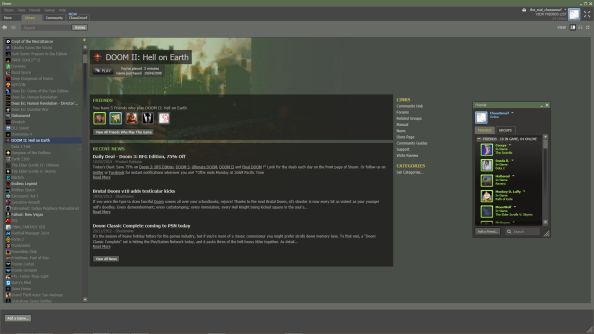 This is more of a gimmick-include than the others on this list, but perhaps some of you will prefer the classic-Steam style. This emulates the UI Steam used pre-2010, all greys and greens. Sadly it can’t reprogram the Store page to be equally as retro, so you’ve got a big blob of the modern in the middle of your nostalgia bomb, but it’s as good as can be done. Play Counter-Strike: Source on a 4:3 17″ CRT for the true 2007 feel. 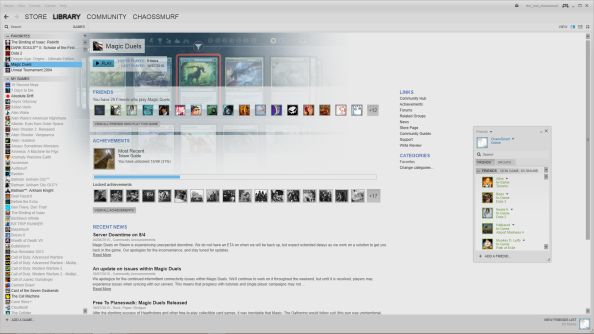 If we are direct opposites, this is the skin for you. It’s not a true invert in the art sense, but definitely brightens Steam’s dank layout up a bit. This is version 3 of the skin, which was originally developed when the system launched in 2010 but abandoned by its creator. Another has taken up his mantle and now provides regular updates. I will admit that it does look rather nice, even if it burns my nerd eyeballs in their sockets with its hot whiteness. 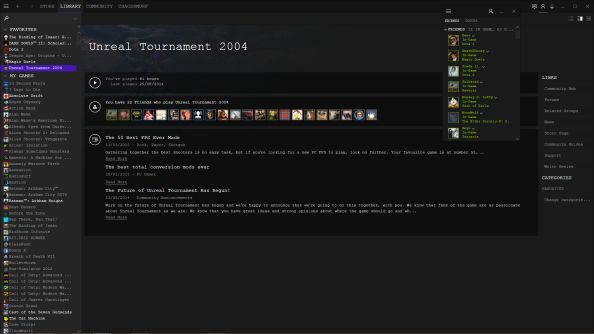 One of the most commonly used skins, Metro for Steam simplifies the UI and also allows for far more customisation. I’ve changed the font above to the wonderful/terrible Courier New to show it off. You can also change how items are highlighted and the layout of the friends menu, along with some smaller elements. There’s aweb-appthat will customise this for you pre-download, or you can grab aseparate executableto do it on the fly. It’s the one I’ve had recommended the most and could easily end up being the one I use from now on. 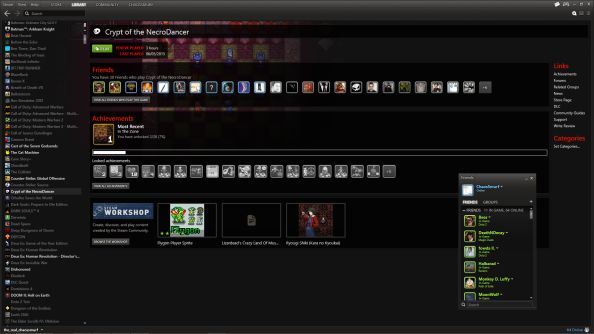 Like Compact, Minimal attempts to reduce the amount of screen clutter and unused space there is with Steam. However, rather than swinging fully to the no-frills ends of things, it still pretties up many of the buttons and introduces new information, just stores in logical locations. It still looks pretty good in full-screen as well as a smaller window. Also comes inred,blueandgreen. 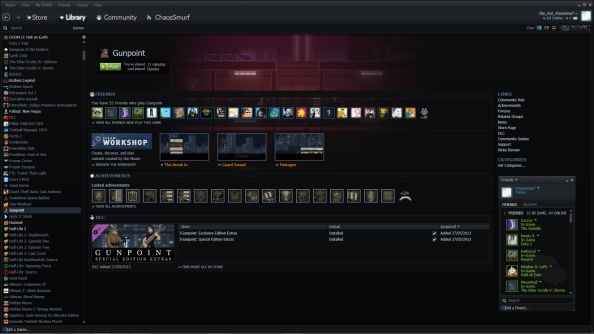 The current maintainer of PixelVision describes it as “an excellent blend of simple color scheme and interface” that he decided to work on after the original creator abandoned it in 2011. It’s very nice, feeling like something that Valve might create to further modernise the Steam UI they already have. Additional icons help with readability and the texture of the windows feels modern, but not in the Microsoft way. It doesn’t do anything to reduce Steam’s blank space, but it does make it look awfully good. 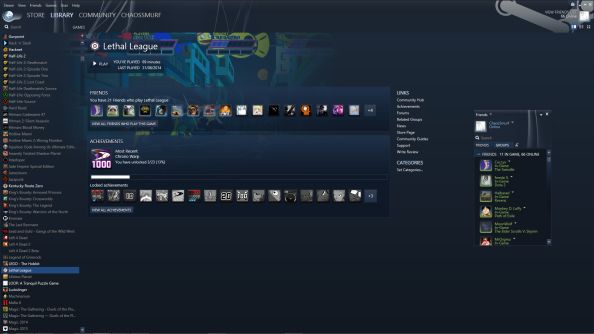 Plexed’s oddest, most obvious change is adding a back button that looks like the Internet Explorer 8 one. Stranger still, it fits with the light-blue theme running throughout the skin. Some basic font changes and the addition of a decal round off a simple skin that gives Steam a new look, but doesn’t make it much different to use. 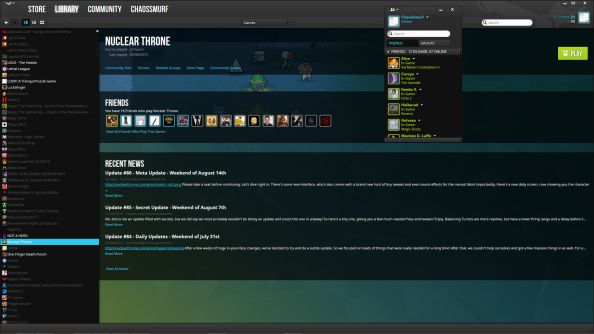 Pressured has more changes than your average skin, though less customisability than some others. Every bit of text has been resized and the play button is moved over to the right. In the top bar, most of the elements have been moved to more logical positions, and as with many skins, community info has moved from bottom right to top right. While it maintains Steam’s dark main theme, there’s more and brighter colour in some of its detailing, which makes it feel a lot friendlier. 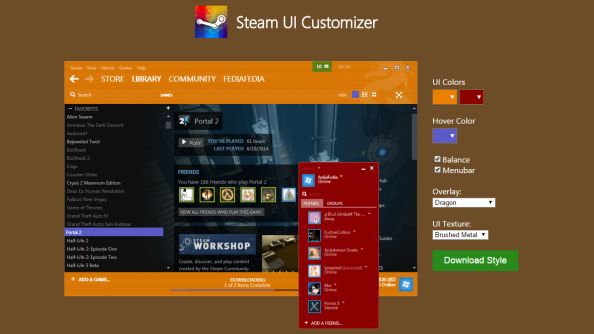 The UI customizer also isn’t a single skin, but a webapp that lets you design your own colour for the default Steam layout. It won’t allow you to change where buttons are or the fonts, as other UIs will, but it does let you make the lurid mess I’ve created above. There’s also a number of watermark overlays to choose from and the ability to change the ‘texture’ – giving it different shading in different areas. A base skin needs to be installed first and then is modified with the file the customizer creates.

We’ve gone and missed your favourite, haven’t we? Let us know below what you use, or if you’ve switched to any of the above after seeing them.