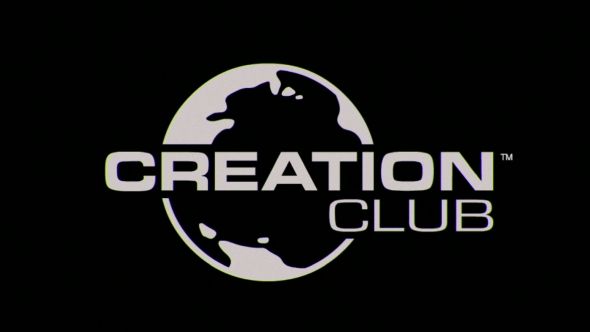 Bethesda are keen to reiterate that the “paid mods” released as part of their Creation Club aren’t paid mods at all. The company’s vice president of PR, Pete Hines, says the content provided by the service is more like “mini-DLC,” but actually, it’s not that either. Yeah, it’s confusing, we’ll try to explain…

If you’re unaware, the Creation Club “features new items, abilities, and gameplay created by Bethesda Games Studios and outside development partners including the best community creators,” and is currently compatible with Fallout 4 and Skyrim. It’s caused quite a lot of controversy since it was announced, as many people think Bethesda shouldn’t be charging for small additional content like cosmetics and items that can easily be provided for free. Bethesda themselves, on the other hand, say the Club should be used to support unique original content that you wouldn’t be able to access anywhere else.

The whole conversation with Hines, in which he tries to clarify what the Creation Club is, comes in the form of a myriad of tweets that are quite difficult to comprehend. Fortunately, a lot of it is tied together reasonably well in this video from gaming news YouTuber YongYea. The crux is that Hines wants to make sure that the add-ons provided via the Content Club aren’t seen as paid mods, or even really as DLC, but as their own specific thing.

Hines has previously described Creation Club content as mini-DLC, but on Twitter he was keen to make sure people saw them as “similar, but not DLC.” This seems to be because this was a better fit than the “paid mods” label. When pressed on this issue, Hines tweeted to say that the content was in fact neither DLC nor mods, and should in fact be solely thought of as “Creation Club content. We’re trying something new.”

The particular thread I’m referencing here ends with Hines saying that “Paid mods are when modders can charge for their mods. This simply isn’t that.” While that’s technically true, it’s worth noting that a lot of the content currently available via Fallout 4’s Creation Club is content that can currently also be acquired for free as a bona fide mod. Hines says that this is because Bethesda have re-created that content in an official capacity in order to sell it via the Club, rather than allowing modders to transfer it to the platform.

Honestly, it’s all quite confusing, and there’s an awful lot of PR-speak going on here. The aim does appear to be that the Creation Club will eventually provide a platform for long form mods that provide expansive new content, but we seem to be a while away from that as of now.