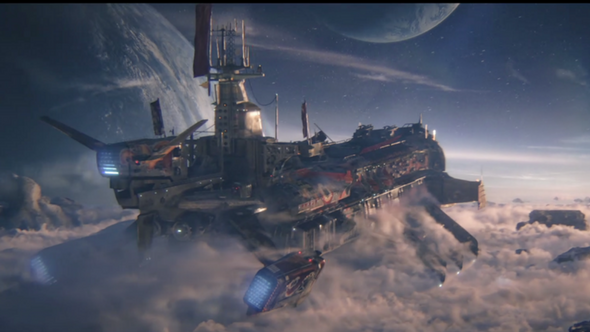 It’s been a long time coming, but Ubisoft have finally announced Beyond Good & Evil 2. During a raucous new trailer shown off during Ubisoft’s E3 2017 press conference, we learned several new pieces of information, including the addition of co-op play, some sort of “space monkey” program, and plenty of sassy monkey people. All in all, it’s a far cry from the Beyond Good and Evil we’re used to.

Can’t wait to get your hands on Beyond Good and Evil 2? Check out our list of the best PC adventure games out there.

The game is actually set before the birth of the original game’s protagonist, Jade, in a “multi-ethnic civilization,” according to Ubisoft Montpellier. It’s the 24th century, and players will explore System 3, a hub where migrants from Old Earth now hang about while scrapping for resources and learning to be what essentially amounts to a space pirate.

Ubisoft have invited players to join the Space Monkey Program, which is an initiative to allow players to test, discuss, and potentially influence parts of the upcoming game, including character design online. The website has been crashing since its announcement, but you can check it out here when it’s back up.

There was no release window or official platform rundown during the show, but you can be sure that’s coming at a later date.