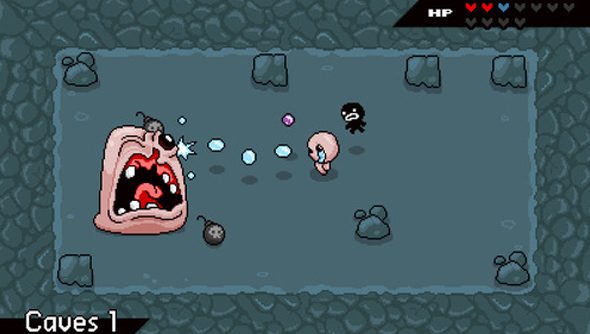 Binding of Isaac, the roguelike that won’t stop living, is getting another expansion for its remake, Rebirth, that adds more of – well, everything.

For more gems of indie games on PC check these out.

The Afterbirth+ DLC will cost $9.99 ordinarily but obviously that’ll be $6.66 in the week after its January 3 launch on Steam.

In that devilish price you’ll find full access to mod tools, letting you mess with rooms and items and enemies, and playable characters and everything else in the game. The best mods will also find themselves being added to everyone else’s game in monthly content updates.

That’s not all as there’s also *deep breath* a new final chapter and final boss, new playable character, “greedier” greed mode, 62 new achievements, five achievement “challenges”, hundreds of new rooms including ultra-rare ones, a new victory lap feature where the game carries on after you finish, the bestiary (an enemy collection page that keeps track of everything you kill in game), five new challenges, two new transformations

That should be enough forever, then, but here’s a trailer just in case you’re not clear on what that entails.