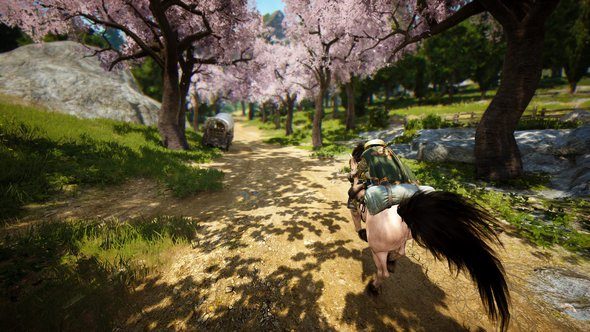 Black Desert Online impressed a lot of people when it was released just over a year ago. The MMO’s character creation tools were so incredibly detailed that Korean publishers Kakao Games ended up releasing a standalone version of it, just so people could mess around with the sliders and switches. Add to that the near-seamless world transitioning and large-scale castle sieges and we were treated to a pretty solid effort, in a genre which is sadly seeing less and less releases as time goes by.

Get questing with our list of the best MMOs.

So it’s good to know that the Asian MMO will be making its way onto Steam’s servers from May 24. Although in a somewhat surprising decision, characters created prior to then will not be playable on the Steam version of the game. This is especially surprising, given the game’s FAQ states that it will be identical to the original version, right down to being played on the same server. Either way, it’s refreshing to see a major new MMO hit Steam.

Get yourself over to the official Steam store page if you want to prepare yourself for Black Desert Online’s May 24 launch.