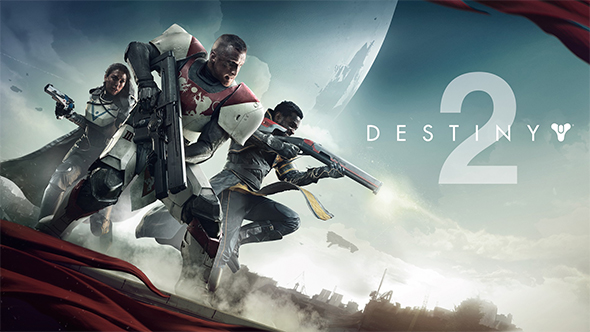 The US tradition of Black Friday has exported itself all over the world, and even if you don’t want to deal with the crowds there are plenty of deals to be had from the comfort of your computer chair. Retailers are already putting some tremendous discounts on display, and we’ll be keeping this article updated throughout the week with all the best deals we can find.

Steam’s sales are legend, and they aren’t messing around on this Black Friday week. Some of the year’s biggest games are under insane discounts as part of the Steam Autumn Sale, and there’s no way to describe this sale besides an all-out assault on your pocketbook.

In addition to franchise sales on the likes ofFallout, Resident Evil, Sniper Elite, and Dirt, you can pick up individual deals like these:

Green Man Gaming have always been known for providing insane gaming deals for ages, and they aren’t slacking off this Black Friday. There are some mild discounts on brand new releases like Assassin’s Creed Origins, Wolfenstein II, and Star Wars Battlefront II, plus substantial discounts on recent games like Middle-earth: Shadow of War and Destiny 2. You can use the coupon code GMGBLACKFRIDAY for an additional 15% off your total purchase – with some exclusions, naturally.

Here are some of the highlights:

Fanatical is another GMG-style seller of Steam keys, and they’re bringing flash sales all day in order to keep the savings going. New games are added every hour, and these deals are frequently better than the Steam sale itself. XCOM 2 alongside its expansion is a few bucks cheaper than Steam, and there are even some discounts on prerelease games like Injustice 2 Ultimate Edition. Keep an eye out here, and don’t forget you can get an extra 10% with codeBLACKFRIDAY10.

Destiny 2 codes have been in and out of stock on GMG, but Blizzard have been offering their own sale on Battle.net with prices nearly as good. Plus, you can get solid discounts on Overwatch, World of Warcraft, and add-ons for each.

EA are offering deals of their own through Origin, with solid sales on most of their own titles and some third-party games, as well. Here are a few highlights.

Even with Rockstar off of the Humble Store sale, they’re not done with sales this week. Starting today they’ll offer 40% off pretty much everything in the Rockstar Warehouse, including loads of merch and plenty of games. The only exceptions are the recently released versions of L.A. Noire and pre-orders for Red Dead Redemption 2, but those aren’t on PC yet anyway.

Amazon currently offers Wolfenstein II: The New Colossus at a bargain price of $29.99, if you’re still into buying PC games on disc. (It still activates on Steam, of course.) You can also pick up The Evil Within 2 for $24.99, and Overwatch GOTY Edition for $29.99.

Newegg serve as an always reliable source of PC gaming supplies, and they’re currently offering some deep discounts on the excellent town-builder, Cities: Skylines. The base game is down to $5.79, and you can enjoy solid deals on most of the DLC as well.

The site is of course better known for its hardware supplies, and the sale will allow you to pick up some of our favorite GPUs at solid prices. That includes the GeForce 1060 at $199.99, or the GeForce 1080 at $514.99 after rebate.

GOG’s tremendous selection of classic titles is perhaps the widest available for you retro enthusiasts, and most of their catalog is down to bargain prices throughout the week. There’s far too much on sale to narrow it down, but bear in mind that discounts will also apply to many modern titles like Hellblade: Senua’s Sacrifice and The Witcher 3: Wild Hunt. Don’t forget that you’ve still got time to redeem a free copy of MDK, too.

The Humble Store has had a rotating selection of publisher deals all week, ranging from the stylish indies of Devolver and Adult Swim all the way up to Rockstar blockbusters.

The Steam Link is a terrific option for PC gaming on the couch – particularly if you can manage a wired network to hold it all together – and it’s currently party to some blowout prices. If you’re in the US, you can grab one for just $4.99 via GameStop.