I was three when the ’80s ended so I don’t remember much of them, but even today pop culture definitely holds the decade in a certain reverence. Many of those who grew up at the time probably wish the ’80s never ended, and they get their wish in the worst possible way in Black Future ’88, a slick, stylish, and hardcore roguelike that’s just launched on Steam.

The world is reeling from a nuclear cataclysm unleashed by Duncan, the architect of a sinister living tower known as Skymelt. The bombs fell in summer 1988, and by December the fallout had blacked out the sun and caused rain to fall without end. Everything is doomed and counting years doesn’t really make sense any more, so time is measured in minutes, and it’s 1988 forever.

This is the cheerful backdrop for an exciting mission of revenge. As one of the last – but still doomed – survivors, you fight your way to the top of Skymelt tower to give its Wardens (a series of unique bosses) the payback they deserve. Levels are vertical, procedurally generated, and full of things trying to kill you – including your own heart. Each run has a fixed time limit before your ticker explodes, but this being a roguelike, you’ll try and try again.

You get a choice of characters to play and a huge number of guns, buffs, and debuffs to choose from, some of which can combine to unlock new effects. Check it out in the typically stylish, neon-soaked weapons trailer below: 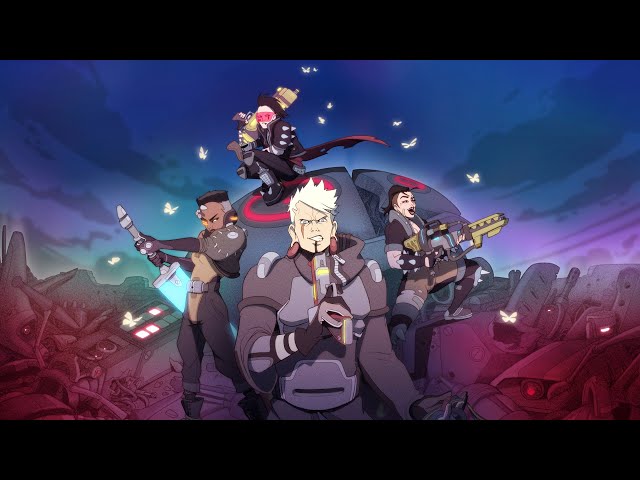 Intrigued? You can learn more on its Steam page where, because Black Future ’88 released yesterday, you can also pick it up for its 10% discounted launch week price.

All of that said, we also have 20 codes to give away free to an equal number of lucky winners. If you want to be in with a chance then you need to enter the competition via the widget below. Complete the one action available and you’re done.

Like free stuff? Check out the best free PC games