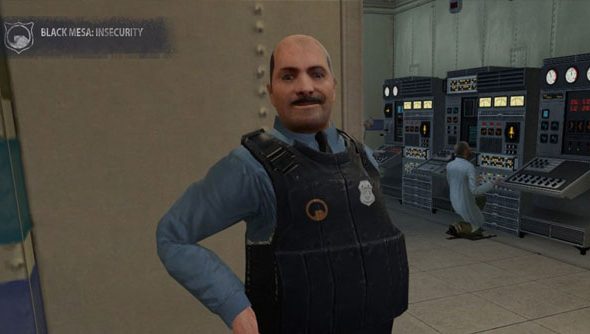 What with the original Half Life now completely revamped and re-released by the mod community in the form of Black Mesa, we may be seeing a remake of the game’s second expansion, Blue Shift. Black Mesa: Insecurity aims to bring Barney Calhoun out of retirement and put him back on our screens looking better than ever.

Considering the wait for Black Mesa to be released stretched on for nine years it would be hard to imagine that modding one of Half Life’s expansions could take as long. Well, when it’s the work of a two-man team, it might.

The developers hope “to achieve is an experience similar to Black Mesa’s in that the essence of what Blue Shift was remains intact while adding a major facelift and re-imagining to the rest.” This could be quite the challenge. The Black Mesa team weren’t expecting the re-development of a game would take as long as it did, so this could be a little ambitious, particularly as they says “This is just a small project that I’ve set myself to work on during my breaks.”

However, the video and images up on Insecurity’s ModDB page are encouraging.

We’ll be keeping track of this one. I’d love to get back into Barney’s boots one more time.