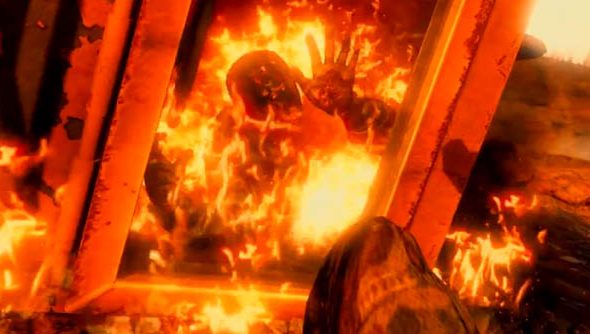 Black Ops 2’s first DLC release is going to be full of firsts, first time a weapon’s been included with DLC, first time you’ll be able to play as the zombies, and (likely the) first time MC Escher has been uttered in a Black Ops 2 video. Though, some of the firsts do seem a little more tenuous.

I mean is Downhill a “revolution” because it “brings back snow environments for the first time in Call of Duty…Black Ops 2…multiplayer”. Considering this is the first DLC there surely hasn’t been a prior opportunity to bring back snow maps.

Anyway, pedantry aside, the four maps on offer do seem like a bit of a jaunt, especially, Grind,the level set at a skate park, with all its curved architecture it could vary up play a little.

Though of the additions of the DLC, it’s the zombie mode that raises the most eyebrows (that’s right, all three of them). Maps and guns aren’t exactly surprisingDLC, even if Call of Duty has somehow up to this point avoided adding new guns, but a new zombie mode is always going to get our attention.

We won’t be able to get our hands on the thing till next month, however, what with it coming to Xbox first(!) on the 29 January.