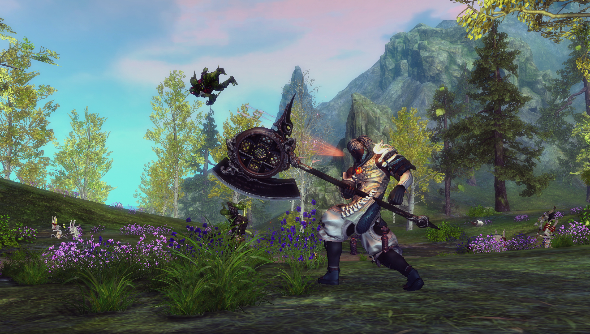 Bringing Korean games to the West is hard. Their reputation for hard grind proceeds them. That’s NCSoft’s big conundrum. Can Western gamers fall in love with an Eastern produced MMO? Can the game be adapted to our tastes without losing its soul?

Blade & Soul, NCSoft’s cult martial arts MMO is the big test. It comes to the West this Winter, with a closed beta opening in the Autumn.

The question is: should you care? 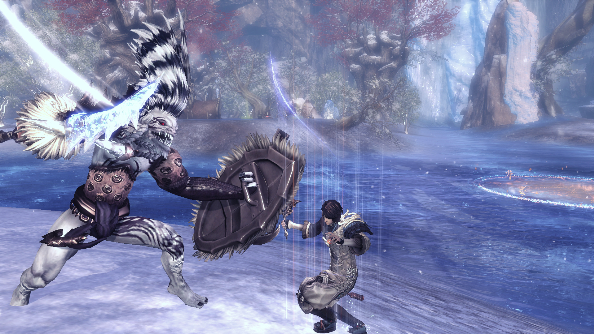 There are two draws to Blade and Soul: fast-paced combat that draws more from action games than Warcraft clones, and a chasmic deep backstory, lore and plot. Both survive the transition intact and improved.

The game opens with you playing a young recruit looking to learn an ancient martial art. Your mentor, Master Hong Seokgeun of the Hongmoon clan. He’s tiny, softly spoken, wise, and a ungodly powerful. Then he

It’s the mechanics that NCSoft think Western gamers will provide the first hook.

Blade & Soul is deliberately accessible: a minimalist hot bar uses contextual buttons that change depending on what’s going on in combat. Chaining together combos is easy; if three attacks one after another creates a combo, the left mouse button will cycle through those three attacks. Just keep in position and click away. 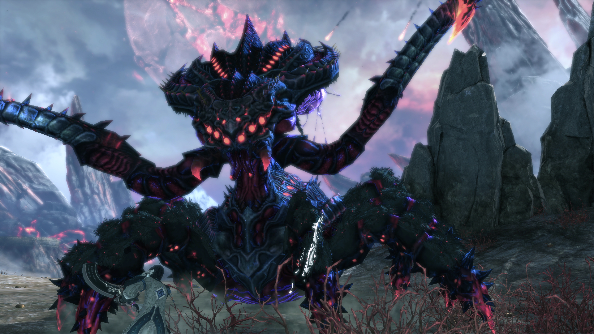 The equipment system, too, is novel. Blade & Soul wants players to carry swords with history and legend weighing on the hilt. You can keep a single weapon forever thanks to a ‘feed’ system, that allows you to destroy loot you’ve picked up and turn it into bonus stats for your blade. The more you feed it, the higher level it becomes. “You will form a very personal bond with your weapon. It’s going to have a name and a legacy,” says Omeed Dariani, Blade & Soul’s Director of Community.

It’s also beautifully produced, with cutscenes that are lovingly rendered and voiced. Mark Hulmes, Blade & Soul’s senior community manager, still gets lumps in his throat when he thinks back to some of the plot. “There’s a teacher who trains you in your skills,” say Mark. There’s a section of the game where something happens to him. I genuinely got a bit upset about it. You spend so long with this character teaching you stuff that you do get emotionally attached.”

Conversations take place in first-person, like the Elder Scrolls games, helping a bit with immersion. In this view, you can’t see the bunches of other players also talking to the same character. 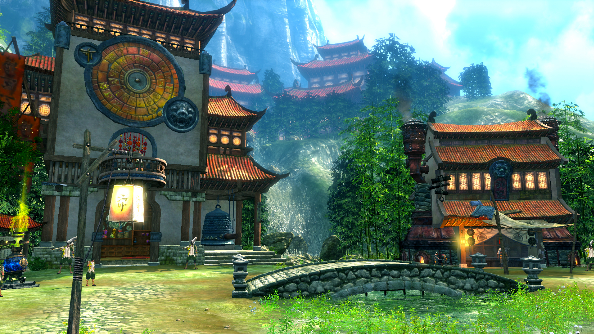 The brief playthrough I’m granted proved that there’s potential for fun in Blade & Soul’s fighting, but there’s an overhanging shadow: grind. Eastern MMOs are well known for embracing grind-heavy gameplay. But NCsoft assures me that this won’t be the case, in-part thanks to dedication to localisation.

“For the west, one of the stereotypes of asian games is that they’re super grindy. So a big part of our closed beta is going to be testing that. The development team in Korea is very sensitive to this,” explains Dariani.

Whilst the team has spent a lot of time working on the localisation, it is the closed beta that will be the decider on their success. “We can change dungeon difficulty, test dungeon content, and make sure players are not frustrated by the level of difficulty. Or make sure they’re not too easy,” says producer Nicolas Coutant.

For Hulmes though, it is the Wushu story at the heart of Blade & Soul’s construction that prevents the grind. “You’ll play a few quests, then you get some great story that really keeps you interested. It breaks up that flow. You never get that experience of… grind-iness.”

Blade and Soul enters closed beta in the Autumn.