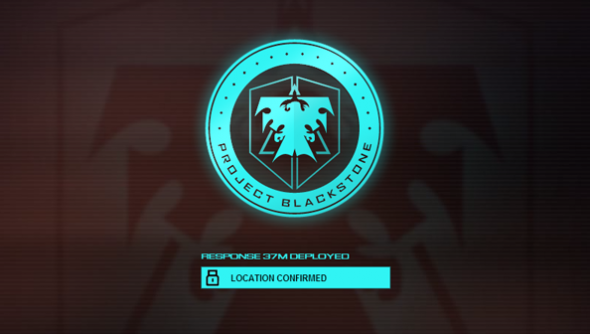 Oh dear. It’s scarcely 10 o’clock and a response team has already been dispatched to my location by an organisation which almost certainly has access to a black-clad private army. Blizzard.

Update: We’re in. PCGamesN hacker Nick ran the code through a HEX translator, or something, and we’ve found a password. Details below, if you’d like them.

I was trying to log into the Project Blackstone site, you see, and this “commensurate” response was prompted by one failed login attempt too many. If you would, it might help if you do the same – perhaps split their focus, give me a fighting chance?

If you don’t mind.

While we wait, I suppose it wouldn’t hurt to speculate what on Earth Project Blackstone might be. Or to pick a few digits from this source code:-

Our Nick has surmised that the password can’t be longer than 20 characters, thanks to this passage:-

Update: Behind the security wall is an email exchange between one Dr Helek Branamoor and an unhappy Talen Ayers of the Blackstone Research Staff. The subject? A cancelled barbecue and some “surprising similarities between the zerg larva’s pluripotent cellular structures and our own embryonic stem cells”. This looks like the beginning of a month-long Heart of the Swarm info campaign.