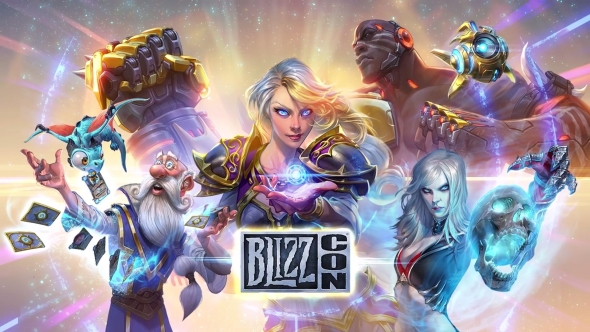 Abusive BlizzCon attendees found themselves removed from the convention and stripped of their badges. Blizzard security appear to have been monitoring chat logs on demos throughout the convention, escorting out players who were being abusive in chat during demos.

The next World of Warcraft expansion is Battle for Azeroth.

It seems that during some in-game demos at the convention, quite a few players forgot that while the veil of the internet might provide anonymity, that same veil doesn’t apply at conventions, and decided to use abusive language towards fellow players. That’s obviously crappy behaviour anyway, but it’s particularly risky when you’re with them in real-life. Fortunately, Blizzard were on hand to kick them straight out of the convention.

Streamer Broximar tweeted during the event, saying “trolls who were typing horrible things into chat during BlizzCon demos were removed from the con and stripped of their badge,” going on to say “Blizzard Security would just come up behind them with event security and escort them out the door.” Further down the thread, Broximar says Blizzard’s security were “monitoring chat logs at the convention.”

I like knowing trolls who were typing horrible things into chat during BlizzCon demos were removed from the con and stripped of their badge.

Players’ BlizzCon badges are tied to their BattleNet accounts, so it’s pretty likely that their real-life behaviour could translate to some in-game punishments, or at least an increased likelihood that their accounts see some extra monitoring.