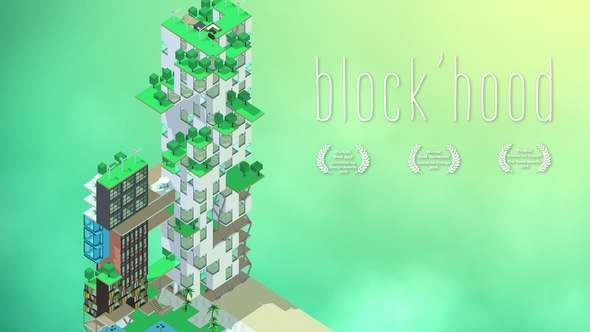 If indie games are your kind of thing, then look no further.

First of all, we’re getting a five chapter Story Mode – you can see in the trailer the emotional tale of your character, and the most wonderful thing any of us have seen in a long time: a talking pig. It’s a talking pig, but somehow it actually tugs at your heartstrings.

Not only that, but it comes along with a new aesthetic that adds depth and gives the builder its own distinctive look. It’s colourful, complex, and it builds on what was already a very tasteful design.

Other readjustments are being made in this release patch too. Block’hood has been optimised, rebalanced, and the number of blocks has been increased to 3000 – where previously it was 800. Changes also include Steam achievements and localisation for European languages like Spanish, French, German and Portuguese.

Build your own life from the ground up, and have a cute pet to join you along the way. Who could want more?