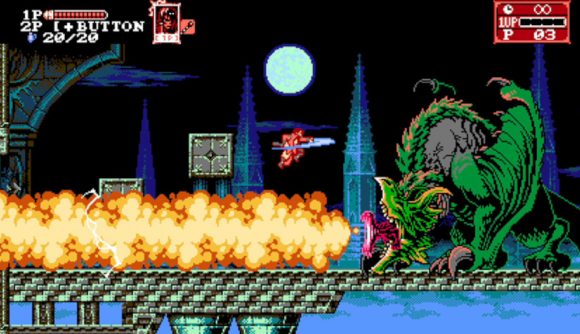 Bloodstained initially hit Kickstarter with the promise of a new game from veteran Castlevania director Koji Igarashi in the vein of Symphony of the Night. But while fans awaited the launch of Bloodstained: Ritual of the Night from Igarashi and ArtPlay, Inti Creates brought us a prequel built in the image of the 8-bit classics. Now, that side project is getting its own sequel in Bloodstained: Curse of the Moon 2.

As with the original, you’ll start the game as the sword-wielding hero, Zangetsu, progress through gothic stages and fight big bosses, collecting new allies with new abilities along the way. Dominique has long-reaching spear attacks and a high jump, Robert has a ranged musket attack and can crawl through tight spaces and jump up walls.

There’s also Hachi, a Welsh Corgi cursed to eternally pilot a magical steamwork mech. Hachi’s the tank of the group, and can hover short distances or simply roll over many environmental hazards. You can head to the official site for an astoundingly in-depth breakdown of the characters, bosses, and basic game loop.

Bloodstained: Curse of the Moon 2 is “coming soon” to Steam – as well as PS4, Xbox One, and Switch. You can also see the game in action below. 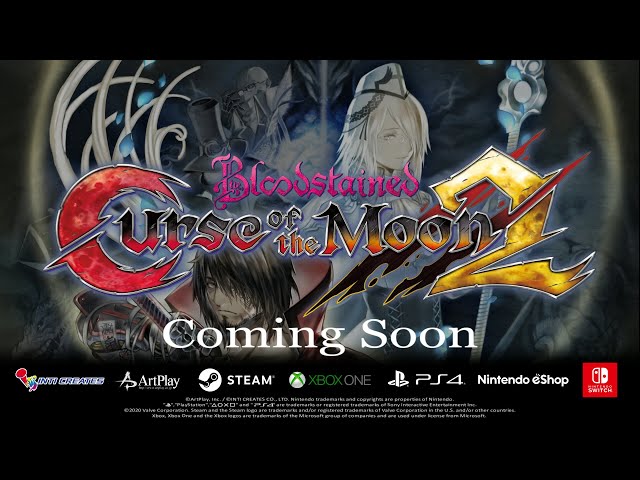 The first Curse of the Moon was, for my money, the single best title to come out of the boom for retro platform games. Here’s hoping the follow-up proves just as robust.