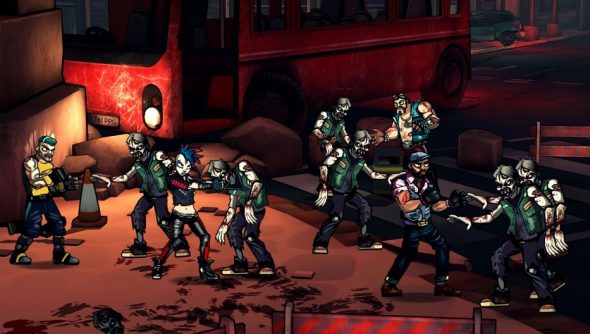 Lose your mind over zombies? Here’s our best zombie games of 2017.

It has also been designed to be played with “any combination” of TV and VR players.

Set in a London wasteland, “bloody zombies have taken over the city and four rough-and-tough cockney misfits must work together to beat back the rotting hordes.” Check out the trailer above for more.

While we’re on the subject of zombies, Call of Duty: WW2’s Nazi Zombies mode recently got a bloody, terrifying trailer, too.