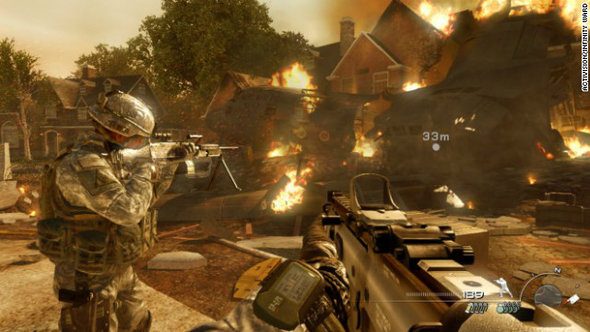 A controversial report which stated that playing shooting-based video games improves your marksmanship has been retracted by publisher Communications Research in a posted notice. It states that a committee at Ohio University recommended the retraction of the conclusions drawn by Dr Brad Bushman ‘after being alerted to irregularities in some variables of the data’.

You might not be able to improve your aim with a real gun, but you can certainly get better with a virtual one with our list of the best FPS games on the PC.

Originally published in 2012, ‘Boom Headshot’ as the study is titled claims that people who regularly play shooting games extensively, become better at shooting guns in real life, as well as becoming more prone to acts of violence. The implications of this are obvious, considering the fact that claims about the corruptive nature of videogames have been floating around for almost as long as videogaming itself has existed. However, Dr Patrick Markey, a psychology professor at Villanova University has long been disputing the claim. Markey has even gone so far as to write a book on the subject titled Moral Combat: Why the War on Violent Video Games Is Wrong.

Ultimately, the disputed data of the original research paper and the variables it presents have not been confirmed and the report now rests in limbo. Nevertheless, the debate about the influence of violent video games rages on. You can read more on this at the official website of Retraction Watch.

{"schema":{"page":{"content":{"headline":"Study that claimed playing videogames improves your marksmanship is retracted","type":"news"},"user":{"loginstatus":false}}}}