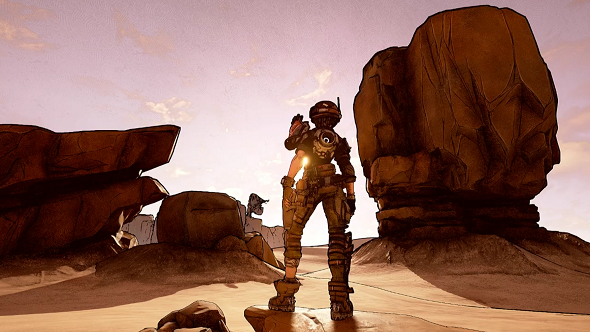 Gearbox Software are hiring a writer “for an unannounced AAA FPS/RPG hybrid.” A job posting from the studio asks for “a love of comedy writing,” and suggests the game will have “strong characters.”

Here’s everything we know about Borderlands 3.

No prizes for guessing what this is because if it’s not Borderlands 3 I’ll be amazed. Not only is “AAA FPS/RPG hybrid” almost exactly what Borderlands is, the comedy writing, central narrative thread, and nearly perfect timing mean it can hardly be for anything else.

While nothing in the job posting comes as a particular surprise, it’s nice to see that Gearbox are sticking to the formula that made the first three games in the series a success. Borderlands 2 in particular had a great story and both games have proven hilarious. It’s not exactly strange that this new project wouldn’t be drifting from that, but it’s been five years since Borderlands 2, so it’s good to know that Gearbox haven’t lost their way.

We don’t really know a lot more about Borderlands 3, but it looks like it’ll take place across multiple planets. As to who those “strong characters” are, we’re also not sure, but I’m hoping that Tiny Tina will be making a well-deserved comeback when the series returns. The timing is just about right for Gearbox to start to show things off in the summer, so I expect you’ll get your first proper look at this mystery game at E3 2018.