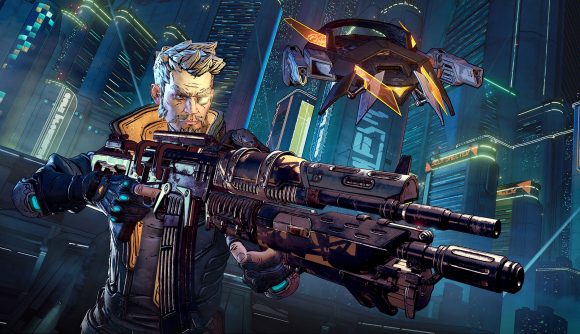 Borderlands 3 launches in just a couple of weeks so – assuming you’re not a Steam diehard – you won’t have to wait much longer to dig into Gearbox’s latest loot shooter. Today, the developers have unveiled the full Borderlands 3 system requirements, and if you’ve played any PC games in the past few years, your machine is probably good to go.

The developers have also shared the graphics settings you’ll be able to play with on the Borderlands 3 release date. These include FOV options from 70 to 110, unlimited frame rates or custom FPS limits. UI scaling, resolution scaling, and all the tweakable bells and whistles you’d expect – you can see those in full on the official site.

You can see the full specs below, or check in with our sister site System Requirements lab for more details on the Borderlands 3 system requirements.

Borderlands 3 hits the Epic Games store as a timed exclusive on September 13. It’ll remain there for six months before it hits other PC distribution platforms.