“You’re Sandra. Sandra Bullock, like in Gravity. You’ve watched Gravity?” developer Surgical Scalpels CEO and technical director Frank Mingbo Li asks. I nod, albeit hesitantly – the gravity with which I’m most familiar is the force keeping me grounded. But Boundary doesn’t like to keep you grounded. It flings you into space with a gun and tells you to shoot down some other astronauts and you know what? I do feel a little like Sandra Bullock.

Boundary is your typical FPS, spun on its head (and then back round to its feet again). Most shooters have a list of rules that apply across the board, which is why native players can pick up a new CoD, Battlefield, or even a Tom Clancy game with relative ease. Many of those rules apply to Boundary, but by staging its gunplay in space, they are altered just enough for proceedings to feel uniquely engaging.

Boundary’s controls are an example of this same-but-different approach. You can go left, right, up, and down, but also you can completely change your orientation. The guns you are given look and feel contemporary – nothing you wouldn’t see in those aforementioned modern shooters. But as we’re in space, your ammunition behaves in a new way. There is no bullet drop-off, and the travel speed of you and anything you shoot is constant. No hitscan here.

As a result, the map becomes a completely different playing field. Instead of shooting to kill, you’re shooting to damage another player’s suit so they run out of oxygen and their emergency safety bubble blows up, immobilising them. Compared to popping someone’s head off, it’s almost wholesome – if you don’t stop to ponder the terrifying implications of being trapped in a body-shaped prison and left to drift helplessly through infinity as you run out of air. 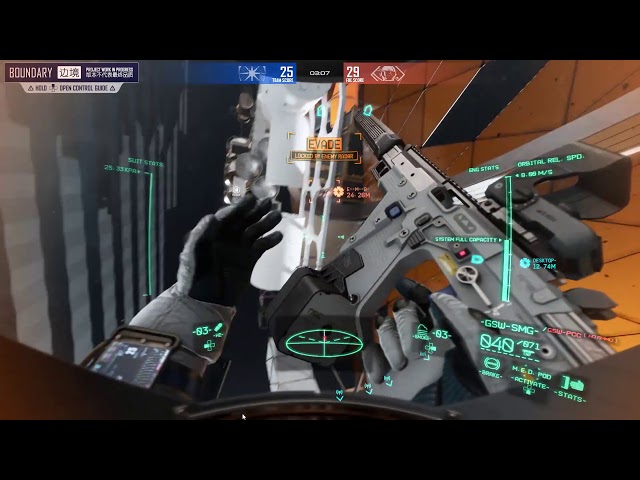 Boundary’s setup offers everything you know about an FPS, but heightened, and often more expansive. Your effective engagement range is considerably longer. You can move in more dimensions. You don’t just need to check your corners, but your ceilings and floors. Because, y’know, they’re not there.

The way the game was described to me by developer Surgical Scalpels was 70% FPS and 30% dogfighting, which felt pretty accurate to me after a short play session. Imagine those old Star Wars dogfighting games mixed with Rainbow Six Siege and its cool tactical abilities, though as you might imagine, space puts a special spin on those, too.

It’s the eerie sound of space, and no other shooter sounds remotely like it

Boundary’s gadgets aren’t simple grenades, or the ability to drop a mine here or there. You can attach a probe to your gun and, thanks to the frictionless vacuum of space, fire it across the entire map, detecting enemies within an infinitely long tunnel of sensitivity. If you played Call of Duty: Infinite Warfare, you’ll know what to expect from Boundary’s equivalent of the grappling hook – like Spider-Man’s web shooters, you can use it to launch yourself around the arena by attaching it to debris. It’s an (almost) entirely new method of locomotion in multiplayer shooters, and a bundle of fun. 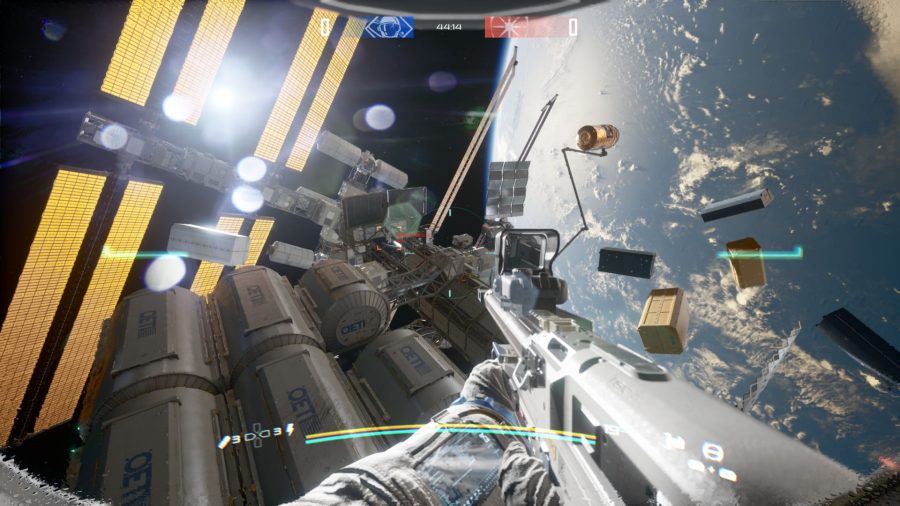 Upon release, Boundary will have class types which will determine your gadgets and armour. The first classes will be assault, recon, support, medic, sniper, and flanker. Each will have a loadout that will be effective in particular situations – as you might imagine, the sniper is going to have an easier time picking you off from across the map, whereas the flanker is exceptionally mobile, able to zoom anywhere, anytime.

Your extravehicular mobility unit (or EMU – nerd-speak for jetpack) will also vary by class, and offer a different balance between armour and manoeuvrability. Flankers will have tiny EMUs, leaving them vulnerable but agile. Medics are slower and more methodical, but their large EMUs make it hard to shoot them in their fleshy backs.

EMUs will also have modular slots – “sort of like helicopters,” Frank tells me – for specialist equipment. If you’re playing a sniper, for instance, you’re going to want a ‘brake’ – a gadget that will stop you in your space tracks (given the lack of friction in space, arresting your own momentum is not simple). 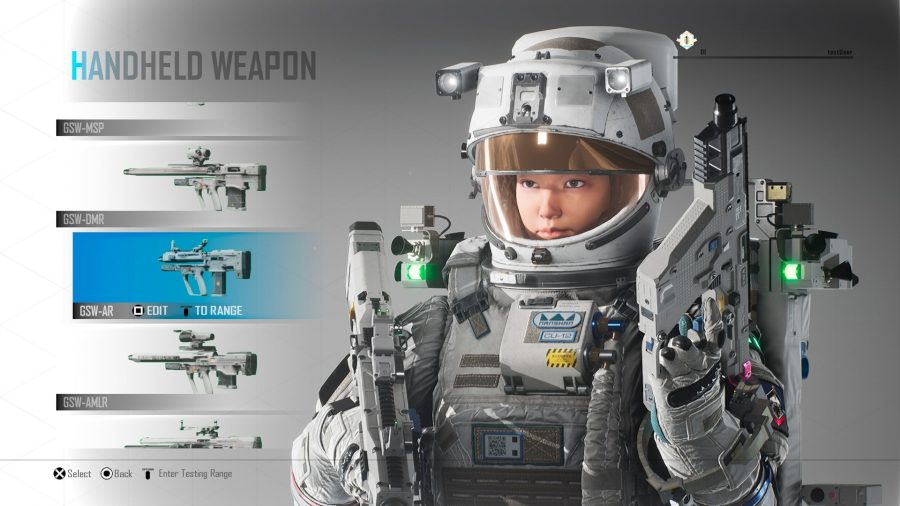 And, if you’ll bear with me, let me gush about Boundary’s sound design. No one can hear you scream in space, it’s true, but when you’re firing a gun, what would that feel like? How about your breathing – what does that sound like in a spacesuit? That’s all been considered, and the results gave me goosebumps. Stick your head in a goldfish bowl (disclaimer: don’t. Or at least remove the fish first) and you might get an idea – it’s claustrophobic and oddly crystalline, like Darth Vader if his helmet were made of glass.

There’s a constant rushing of white noise around you, perhaps the churning engines or thrumming equipment of some space station, perhaps the fusion processes of stars, all overlaid by the firing of your own thrusters. It’s the eerie and unmistakable sound of space, and no other shooter sounds remotely like it. It made me feel that little bit more like a Hollywood actress on a green screen.

I only had the opportunity to play the game for a limited time – call it casually, if you will – but seeing the depth in the game’s loadout systems makes me think that theorycrafting and class-building will drive a lot of conversation online and add some real depth to competitive play. The multiplayer shooter market may be notoriously crowded, but Boundary is distinctive enough in how it plays and the skills it demands to carve its own niche – but first, it needs to come out.

Boundary promises a new take on an old genre, and one I’m looking forward to trying again in 2020. Also, Surgical Scalpels mentioned the potential to headbutt someone with a unicorn horn attached to your helmet. I didn’t know I needed nor wanted that until Frank mentioned it, but the heart wants what it wants – and mine wants that.