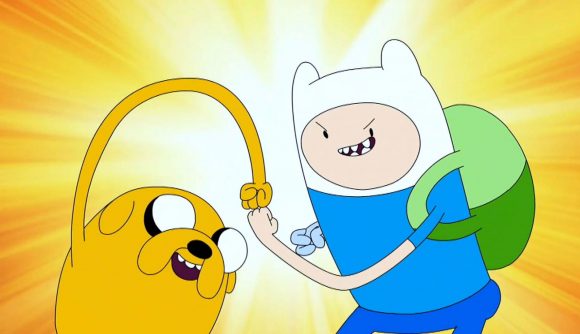 Jake the Dog and Finn the Human are now playable in Brawlhalla. The crossover, which sees several Adventure Time characters join the platform fighter, was announced during Ubisoft’s 3 conference at E3 last week.

In a trailer, which you can check out for yourself further down this article, Jake, Finn, and Princess Bubblegum enter the game via senient game console Bmo, and it doesn’t take long before they begin their brawl. Jake makes use of his Mr Fantastic-esque powers when it comes to his weaponry, while Finn wields his sword and Princess Bubblegum battles with blasters alongside Lady Rainicorn.

The latest update, which went live last week, also introduces a new arena based on the Adventure Time tree fort. As if that weren’t enough, there’s a new game mode, Buddy, which lets you take the fight to multiple fighters at once (as showcased by Finn and Jake’s lethal combo).

The trailer also announces that Brawlhalla now boasts a community of more than 25 million.

You can watch Finn and Jake in action in the video above.