Pandemic is one of the most recognisable cooperative boardgame brands around, but what if I told you that the series’ best version doesn’t actually have anything to do with fighting diseases or researching cures? Put down your PPE and pick up your gladius – the barbarians are at the gates in today’s daily recommendation. Pandemic: Fall of Rome is a spin-off to the main series that swaps virus busting for a dose of historical grand-strategy. Recruit legions, fight barbarians and immersive yourself in the world of Imperial Rome.

Today’s recommendation is brought to you by Strategy Gamer & Wargamer – two of our sister websites run by Joe (that’s me!) that between them cover about everything from mainstream strategy to hardcore wargames, digital to table-top. Pandemic: Fall of Rome is published by Z-Man Games, and created by Matt Leacock & Paolo Mori.

Buy this today is our list of brilliant stuff you could and probably should own. That includes games, hardware, tech, board games, toys, and more. For all of our product recommendations follow Buy This Today on Twitter.

Fall of Rome takes the base-level Pandemic formula – co-op, limited character actions and set collection – and shines it through a historical strategy lens. If you’re a true believer and think Rome 2: Total War is the best Total War, or are one of the growing numbers who appreciate Paradox’s Imperator: Rome, then this is the boardgame for you.

The ‘Diseases’ are replaced by ‘Barbarian Tribes’ that, much like they did in history, invade the game map along set paths on their way to sack Rome. Players each take on the role of a character with unique abilities, and must travel around the Roman world trying to beat back the unwashed masses. To do this you must build forts, recruit legions and as ever, collect cards of the same colour.

It’s the thematic differences that elevates Fall of Rome above and beyond its peers. You can’t ‘cure’ the barbarian cubes, but you can take your legions and fight them like real warriors with a dice-off that’s suitably bloody. Rather than finding a ‘vaccine’, you instead forge ‘Alliances’ with the tribes, who will then help you fight anyone who you haven’t forged a pact with yet. And in the midst of this chaos, players can play event cards that can have powerful short-term effects, but will hasten the decline of the empire overall. There’s even a pretty unique Solitaire scenario, if current events are keeping you from your usual board game friends.

Pandemic: Fall of Rome is the third such ‘stand-alone’ title released under the Pandemic brand that departs from the core theme of fighting a deadly disease. Each of these spin-off titles twists the typical formula with unique and very thematic mechanics.

I’ve never really enjoyed vanilla Pandemic, but Fall of Rome is one of my favourite board games of all time and is the best version of Pandemic I can recommend. It’s the perfect marriage of co-op boardgaming & historical grand-strategy, featuring an excellent distillation of the theme. 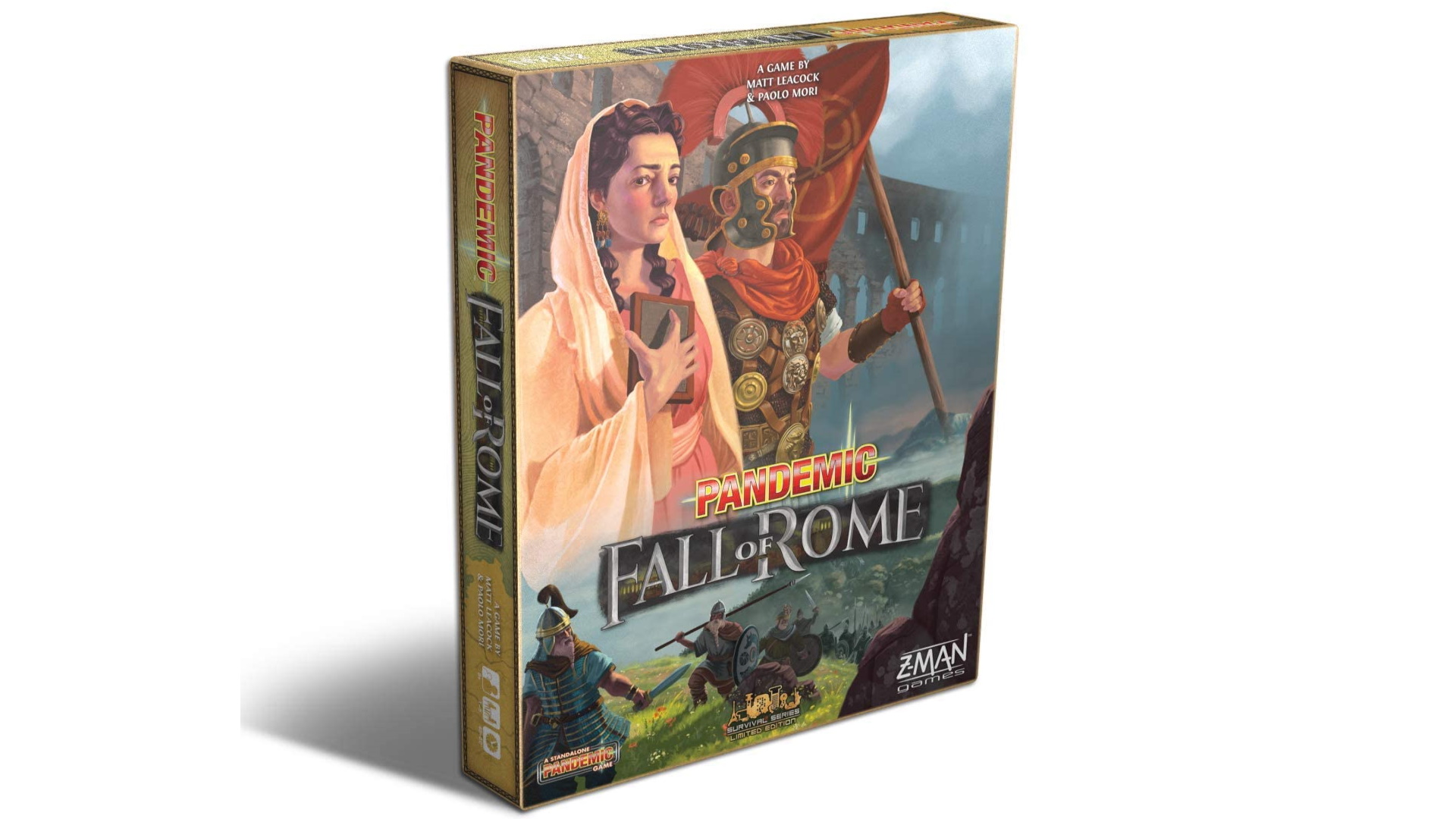 The stand-alone releases don’t get anything fancy like a ‘special edition’ or anything like that. Like Jet Li’s The One, there is only One (except in that film there were two but we won’t go into that) and it is available to buy on Amazon, amongst other places.