Firaxis' 2012 reboot of XCOM is a touch-stone of modern turn-based tactics. It's got just the right amount of features and flexibility, while also providing a lot of replayability and emergent storytelling. As a game and a franchise, it's perfect for a table-top adaptation… which is exactly what happened in 2014 when Fantasy Flight Games got the license. Their interpretation focuses more on the management and strategic level experience, but it's still pretty fun and a great co-op game.

Today's recommendation is brought to you by Strategy Gamer & Wargamer – two of our sister websites run by Joe (that's me!) that between them cover just about everything from mainstream strategy to hardcore wargames, digital to table-top. XCOM: The Board Game is published by Fantasy Flight Games.

XCOM: The Board Game

XCOM: The Board Game is an officially licensed work that pits one to four people against a digitally powered AI running the Alien invasion of Earth. It was one of the first in a wave of FFG games to require a companion app. This app – usable on PC or on Android/iOS phones – essentially ‘ran’ the game. It told players where the aliens would be attacking, and it also governed how much time players had between phases to get stuff done.

The game uses a lot of die-based skill checks, and is more about managing your diminishing resources and various ‘push-your-luck’ check-chains than it is about XCOM’s iconic tactical battles. Each person is given a specific area of the game to look after; one person is in charge of research, one person is in charge of recruiting soldiers and sending them on missions. Another controls the budget that everyone else needs to do their stuff.

Depending on which scenario you choose and what difficulty you set it to, the app will essentially control the pace of the invasion. Mission cards are drawn at random and you must assign the right troops in order to complete them. When you’ve completed a certain amount the app will let you do the ‘final’ mission, and if you beat that you win the game. So many things can go wrong before then, though, and learning the art of balancing these conflicting priorities is what makes this a really fun game.

This is a pretty mainstream board game that can appeal to both fans of the digital games, but also people who like cooperative board games in general. The app is intuitive, easy to learn, and works on a wide range of devices. The tutorial is also very good at explaining the pace and workings of the game in relation to the app.

Beyond that, it’s fun but also flexible. It can be played alone with one person handling all of the roles, or you can split them among up to four players. I’ve always found three people is the sweet spot, because one of the ‘roles’ is actually just to look after the app and make sure the game is keeping to time. That can easily be combined with another role so that everyone has something meaty to take care of. 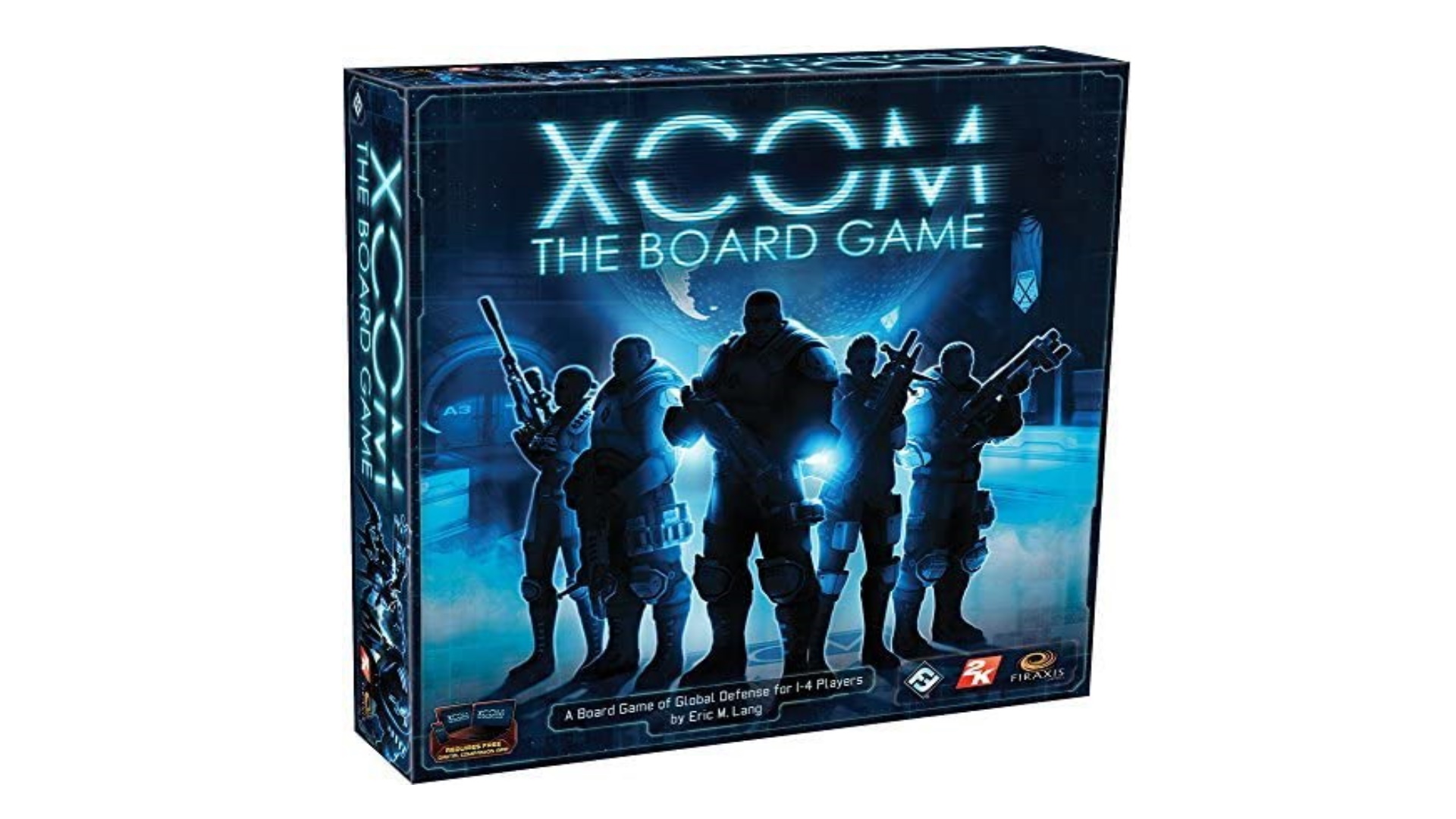 XCOM: The Board Game

Fantasy Flight Games’ XCOM: The Board Game is available from a wide range of retailers, including Amazon. It doesn’t come with any variable editions, although you can buy it in some localised languages if you root around enough.

Only one expansion has been released, called XCOM: The Board Game: Evolution, which is harder to find at the moment. Even so, you should keep an eye out for it as it introduces concepts inspired by the digital game’s Enemy Within DLC, including mech suits. And who doesn’t want their own mech suit?