Retro Games Ltd. are continuing the growing trend of retro reboots with the C64 Mini – a miniature homage to the Commodore 64 home computer. Expected to arrive in early 2018, the C64 Mini is only the start of Retro Games’ pixel-powered plans.

Retro gaming bring back the urge to pick up a controller? Here’s our picks for the best gaming controller for PC.

We’ve seen a resurgence in classic consoles since Nintendo successfully launched their NES mini in 2016. The same fervor has hit desperate fans right now who are hoping to get their hands on the SNES mini, which just launched days ago.

The C64 Mini is for those first wave gamers with fond memories of the Commodore 64, originally launched in 1982.

The C64 Mini comes with 64 games pre-installed, pixel filter options, and features an olive branch – for terrible retro gamers such as myself – in the form of a save game function. One joystick is included in the box to complete the classic gaming experience, and another can be added for two-player showdowns. 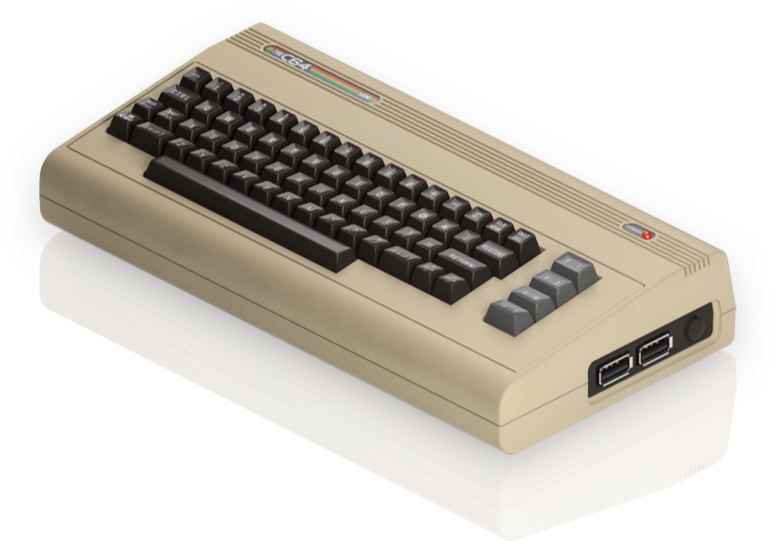 Luckily, the cables won’t also be miniature as was the case with the NES Mini, and will feature a 1.5m cable length for the included joystick. The whole system is powered with only one USB power cable, and connects to modern TV sets via HDMI.

The system features the classic built-in keyboard design, but sadly it is only for aesthetics. I can’t imagine typing or gaming with a keyboard fitted into a system that is only half the size of the original home computer would be much fun anyways. If required, a separate USB keyboard can be plugged into one of the two USB ports. Retro Games are planning a full-sized model of the C64, planned for 2018, which assumedly they intend to compliment with a fully working keyboard.

With the Sinclair ZX Vega+ and AtariBox both choosing to launch through crowdfunding platform Indiegogo – and the Vega+ receiving its fair share of controversy along the way – it is a respectable decision for Retro Games and distributer, Koch Media, to bypass crowdfunding altogether with the C64 Mini, and launch in the retro fashion – straight to retail. 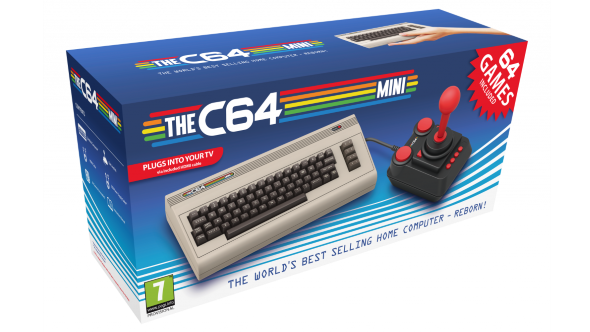 Launching at $69.99 / £69.99 around spring 2018, the C64 is yet another retro reimagining set to (hopefully) bring back good memories for computer gamers since the get-go.

The retro console resurgence seems to be gaining momentum month by month, picking up new consoles and home computers along the way in a snowball effect. Some retro consoles, such as the Atari Flashback 8, haven’t garnered quite the same attention as Nintendo however, implying Nintendo have a hearts and minds monopoly among the retro console masses.

Personally, I can’t wait till the Panasonic Q Mini gets the miniaturised treatment, fully equipped with a miniature proprietary DVD player, too.