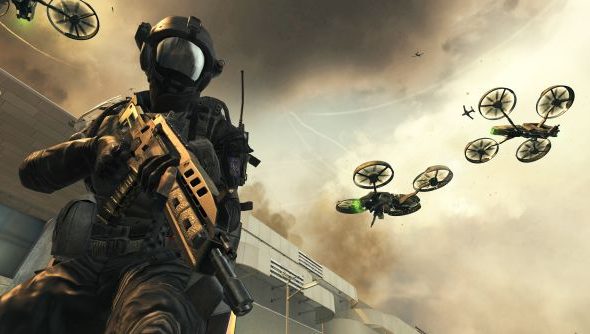 I’m not as up on Blacks Ops’s map rotation as I’d like to be, so when Activision claim Nuketown to be the game’s “most popular map” I’m not sure if I believe them. But if it is true, and if I cared about the modern shooter’s multiplayer, then the fact are using it as leverage to sell their already guaranteed huge-seller Black Ops II would piss me off.

Pre-order posters appearing in GAME claims Nuketown will be getting a remake, Nuketown 2025, for the next instalment, and that to get it you’ll need to pre-order: Pre-order Call of Duty: Black Ops II now and receive the Nuketown multiplayer map for free”.

It seems insidious to leverage something like that, removing it from rotation until it comes out in a DLC pack.

You know why it’s popular? Because the fans like it, so why not reward their fervour by giving them the thing they probably want the most so that everyone can enjoy it? This shouldn’t be used to divide the community: it should be the focal point of it, the demo that you give to get people excited, not the thing that you use to bump your first-day sales numbers come November 11th.