Call of Cthulhu opens with you, detective Edward Pierce, alighting at the docks of Darkwater Island. The boards of the pier curl with age, crusty townspeople stare at you from shadowed doorways, and the corpse of a whale lies swollen on the beach – it’s appropriately Lovecraftian (which makes sense for a Lovecraft adaptation).

You’re there to investigate the mysterious death of a local painter and her family – an investigation that slowly begins to unravel a supernatural plot, and which threatens to tear at the fabric of reality itself.

Your first task in leading your investigation is to talk to the island’s prickly inhabitants. As you do this, you can launch inquiries, the success of which is, in part, determined by character attributes – Eloquence, Investigation, Psychology, Strength, Object Discovery, Occultism, and Medicine. You can improve these over the course of the game but you can’t fill them all out, so you’ll always be missing something from your surroundings – a fact that sows the seeds of paranoia from the very start.

Choose to invest in Eloquence and you’ll be able to talk your way into hidden locations without resorting to violence. Side with Occultism and you may be able to pass yourself off as a loyal member of the Cthulhu cult, avoiding a possible grisly fate. However, as with many games where you can choose your path, your investigations end up at the same point regardless of your choices, making your decisions feel inconsequential. 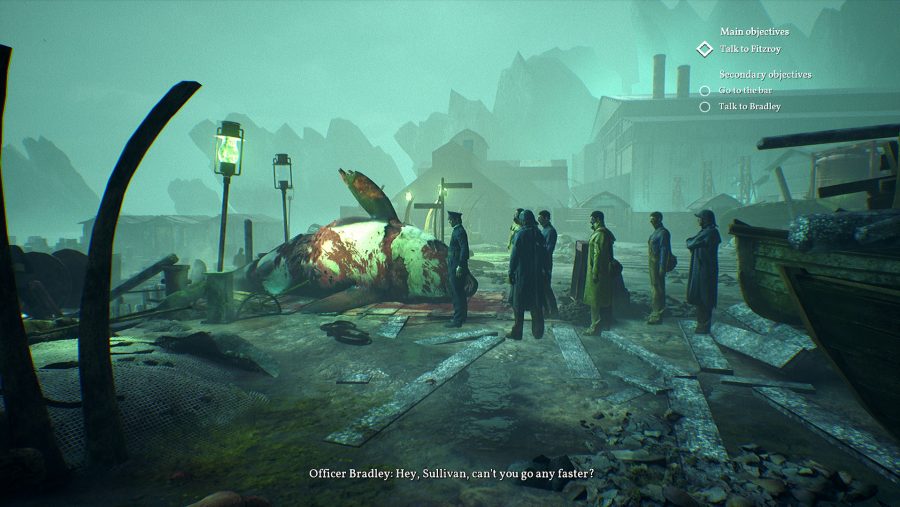 This is made more bizarre as, like the Telltale games, your most important choices are marked by an in-game notification – this time ‘blank will remember this’ is replaced with ‘this will affect your fate’. Even these choices don’t have any significant impact on the ultimate direction of the story.

makes you feel like the investigator you’re supposed to be

Alongside the investigative work is more traditional puzzles – think fetch quests and turning switches in the correct sequence. The best challenges are the ones that push you to play the role of a private investigator – solving text-based clues and cracking codes – tasks that require genuine deduction.

These often involve studying old books or maps for clues that will lead you ahead. While this may sound like dull work, it actually ends up being one of the more rewarding aspects of the game, requiring a level of logical problem solving that makes you feel like the investigator you’re supposed to be. 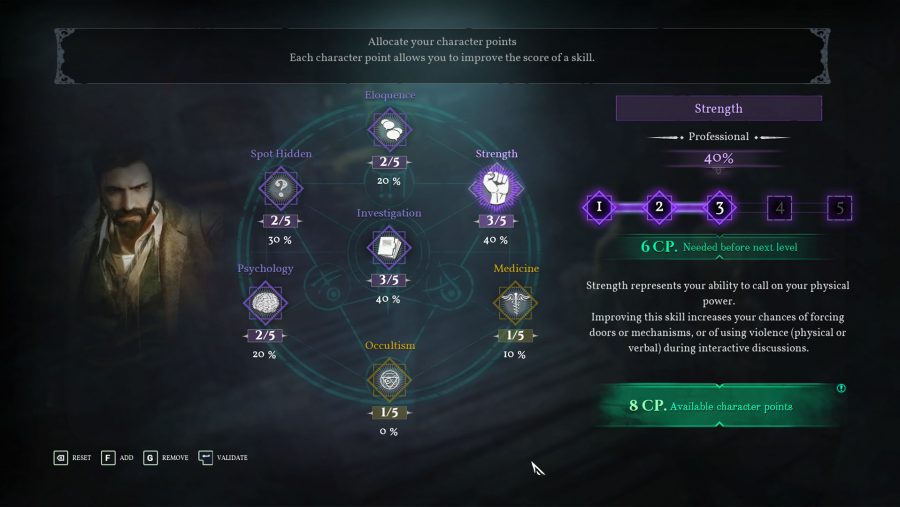 Combat is less accomplished. You don’t often have to resort to violence but, when you do, it’s a simple business. You don’t need to aim your weapon properly as Pierce lines you up for a head shot automatically. Like Call of Cthulhu’s tabletop source material, self-defence depends entirely on your Strength stat. Having only upgraded Strength once during my playthrough I expected to be in constant danger whenever the threat of violence was near, but, perhaps mercifully, I was able to breeze through these scenarios without any real skill or dexterity.

Most of the time, however, you won’t even be given the option of brute force. In all but a few specific circumstances, you’ll be forced to avoid combat using stealth. Sneaking around guards and other, more monstrous beings lacks the suffocating tension of games like Outlast and it doesn’t lean heavily into the consequences of being caught. Expect to be glared at menacingly for a few seconds before returning to the last checkpoint. Spooky? Nah, consider the stealth sections points of tedium and frustration.

While Call of Cthulhu’s opening is promising, then, the full adventure is inconsistent in its quality. The game plays its hand too early, letting you in on the eldritch forces at work within the first hour, and removing the weight of the slowly-building dread that follows. Once you’ve been knocked flat on your tush by a man with tentacles for arms and an octopus growing from his face, there’s not much the game can do to shock you. 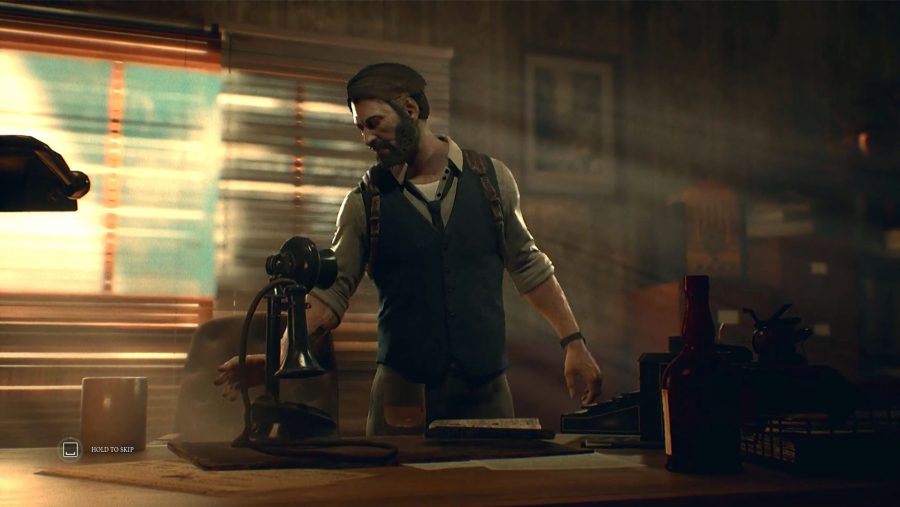 By the time the endgame twists arrive, most astute players will have already pieced together what’s been going on, and where the story is heading. The atmosphere does begin to pick up again as you proceed into the late game but it’s a little too late. Otherworldly forces becoming more prominent, even oppressive, as Pierce’s sanity becomes increasingly difficult to maintain.

What makes it a real shame is that some of the game’s pivotal moments are breathtaking in their bizarre beauty. The game is bookended with these hauntingly atmospheric moments, but as the terrifying visage of Cthulhu began to reveal itself on an apocalyptic cliffside, I couldn’t help but wonder where this kind of evocative imagery had been for the preceding ten hours.

In these stand-out moments, it’s clear that the artists have pored over decades of Lovecraft-inspired artwork, and have drawn inspiration from it. When developer Cyanide gets this right Call of Cthulhu can pull you in like a tentacle from the deep, but these moments are few and far between.