Why isn’t Black Ops 4 on Steam? Even though we can get most of the PC games we want on Valve’s popular storefront, there are some games that buck the trend. One of those titles is Treyarch’s latest turn at making the new Call of Duty. So we’re here to help you add Black Ops 4 to Steam to help you keep all your lovely videogames in one place.

It is certainly understandable that you have the new Call of Duty in your crosshairs as the next non-Steam game to add to your own little slice of Valve’s client. Treyarch may have eschewed a single-player campaign this time, but that didn’t stop us from awarding the game a 9/10 in our Black Ops 4 review. The traditional PvP and zombies modes are better than ever, and that’s before we get to COD’s excellent stab at battle royale, Blackout.

So, there are plenty of reasons why you should add Call of Duty: Black Ops 4 to Steam. The trouble is, since the game is published by Activision, you have to buy it on the Blizzard App. But, if you want Treyarch’s latest shooter in your Steam library, we’re here to help. Here’s how to get Black Ops 4 on Steam.

Why is there no Black Ops 4 Steam version?

Call of Duty: Black Ops 4 is made by Treyarch and published by Activision. Following the merger of Activision and Vivendi Games in 2008, Activision Blizzard was founded. So it naturally follows that an Activision-published game is sold on the Blizzard App only. However, that doesn’t mean that there isn’t a quick and easy way of adding Black Ops 4 to Steam.

We assume you know how to do this by now, but this is the obvious place to start. When you’re in take a look at the bottom left corner of the screen. Click the button that says ‘Add a Game’ and you should see an option that says ‘Add a Non-Steam Game’. Yeah, you guessed it: click that and you’re ready for the next stage. 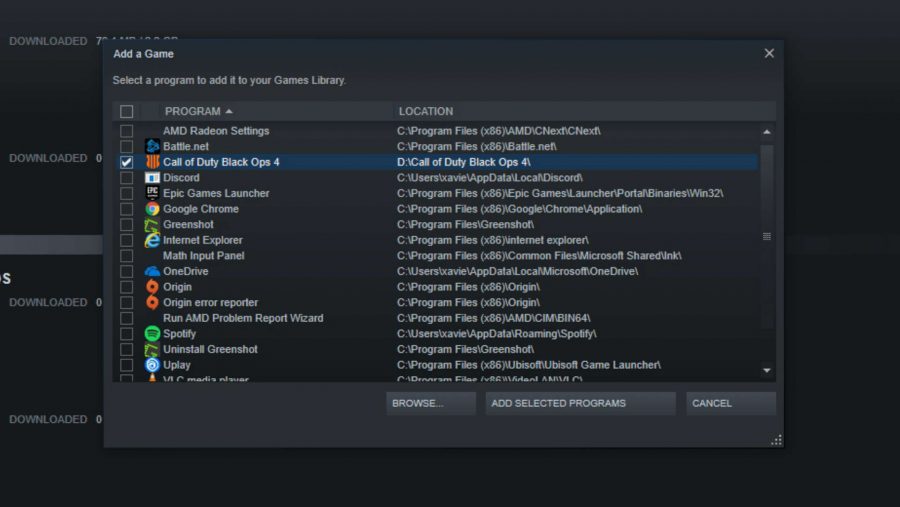 To add Black Ops 4 to Steam, you’ll need the game’s executable file. This is made easier after a clicking ‘Add a Non-Steam Game’ since game logos are often displayed to help you find what you need. If you can’t find the files this way it will usually be here in your File Explorer by default: C:\Program Files (x86)\Call of Duty Black Ops 4\BlackOps4.exe. 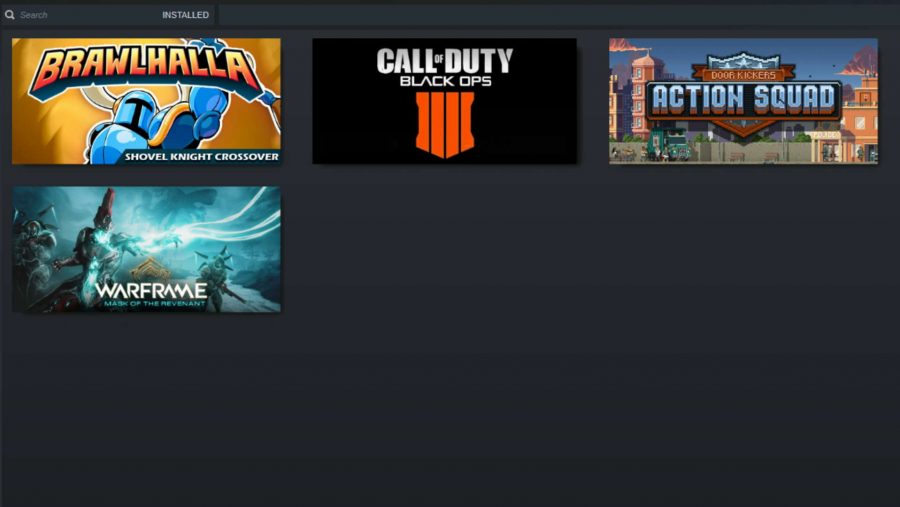 Once you have found the Black Ops 4 .exe file, click the tick-box to the left of the pop-up and then press the button that says ‘Add Selected Programs’. By the way, if you want your own tile image like the lovely one we’ve pictured above, simply right click on the tile to add a custom image of your own.

Congratulations, now you should have your very own Black Ops 4 Steam version. Let’s hope that COD plays nice with all the other shooters in your collection.