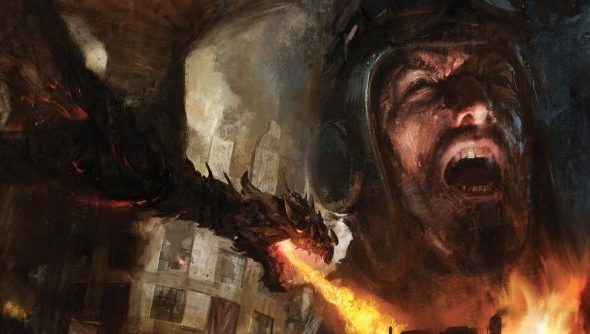 I truly, blissfully love videogames. Call of Duty’s Nazi-zombies mode might be the weirdest thing the franchise, or really any shooter, has done in years, and it just keeps getting stranger. Unexpected and, even better, unexplained, the opening to the final map pack for Black Ops 3 features the four heroes of the undead apocalypse tumbling out of the sky while a Soviet mech shoots a dragon with harpoons.

We’ve got you covered on all the zombie games, Nazis or no.

I haven’t made a single word of that up:

The zombies map is titled Gorod Krovi, and comes as part of the map pack Descent, which is releasing in August for PC and Xbox, today on Playstation. Here’s the official descriptions of the other, normal multiplayer maps:

It’s easy to get cynical about map packs, but that seems like quite an imaginative and differing set of options, on top of, y’know, zombie dragons vs. Soviet mechs. I did mention that, didn’t I?