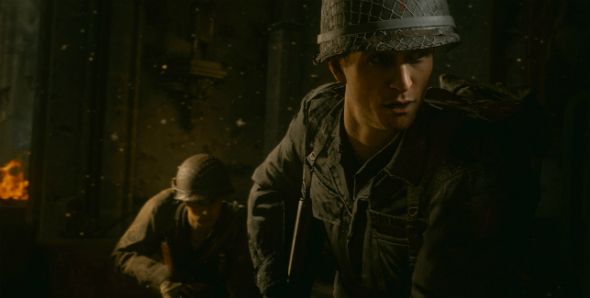 Call of Duty: WW2 is currently running its beta and a new mechanic is making waves. The new game appears to have adopted something akin to Overwatch’s ‘Play of the Game’ feature.

Just in case you’re not aware, in the post-game lobby, Overwatch shows you what its algorithms consider to be the best moment from the last match. Whether that be a devastating Farrah ult, a game-changing Mercy res, or a series of excellent headshots, you’ll get to see that moment as the player saw it, accompanied by some stirring music.

This is what Call of Duty seems to be adopting. While we don’t know exactly how this works, you can see it on show in this video. At the end of the round (starting from 7:25), a player is rewarded with a Bronze Star, which is apparently awarded for heroic service. It’s not exactly the most impressive play you’ll ever see, but it shows some the player taking a few of his enemies by surprise with a shotgun.