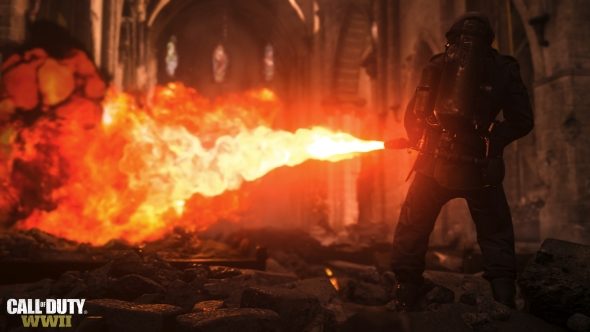 Here’s a look at Call of Duty: WW2’s multiplayer. It’s a bloody, depressing trudge through World War 2’s battlefields and sure looks a hell of a lot like scripted campaign sequences to us. Check it out above.

Here’s the Call of Duty WW2 release date and everything else we know.

The trailer features tanks, artillery, bombing runs, and a variety of WW2 firearms in constant use. There’s even what looks like a cinematic scripted moment where the player whacks a German soldier over the head with a trench spade. It all looks a bit campaign, but this is apparently the trailer for multiplayer. Could have fooled us, but I guess those bombing strikes could be killstreaks?

Call of Duty: WW2 releases November 3, and it’ll have a multiplayer that may or may not resemble what you can watch above.