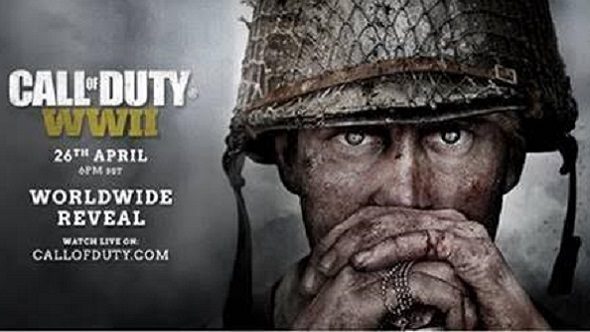 Call of Duty is leaving all the wall-running, jump-boosting, Red Bull-loving, sci-fi antics behind for the next game in the series, instead stepping back into WW2. If that gets you excited, there’s going to be a livestream reveal tomorrow, April 26.

While you’re waiting for the end-of-year launch, check out our list of the best WW2 games.

If you’re wondering exactly when we find out if COD can successfully transition back into a more serious era, you best clear your schedule for 6pm BST tomorrow. You’ll be able to watch it right here, if you want.

Some people might be worried about whether COD can step back into those muddied army boots, considering how daft it’s been for so long. Can they really go from literally space to respectfully recreating one of the worst things to ever happen in human history?

Activision have clearly pre-empted that concern, though, as they’ve released a lengthy blog post detailing the series’ history with WW2. Have a read at that link.