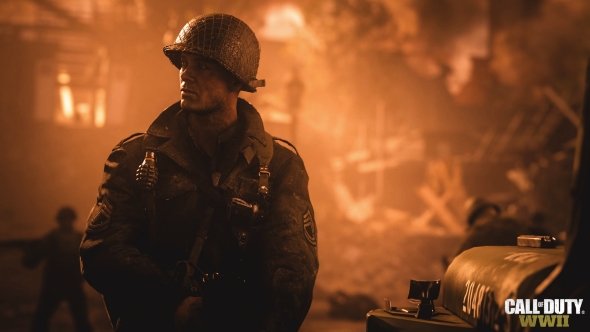 In an interview with Edge magazine, Sledgehammer Games founders Michael Condrey and Glen Schofield have revealed more about Call of Duty: WWII, ahead of its big info blowout at this year’s E3. Along with discussing elements of multiplayer map design and the team’s research trip across Europe, Condrey and Schofield briefly touched on the influences for COD: WWII’s Zombies campaign.

Here’s everything we currently know about COD: WWII.

For those COD fans who may not have access to Edge, Reddit user Kalinine has compiled the major bits of new information from this interview into one master post. Besides seeing places from the war first-hand, the development trip to Europe allowed the Sledgehammer Games team to see what it feels like to be “in Normandy or Aachen at ten below with snow coming down,” said Schofield. By visiting these battlefields and learning about the conditions soldiers were fighting in, COD: WWII’s campaign should have a greater level of authenticity compared to other depictions of the war.

Sledgehammer are hoping to include elements of environmental storytelling in its multiplayer map design as well, with certain arenas “revisiting battlefields featured in the single-player campaign.” According to the interview, there will be maps on other fronts besides the Western Front, but Schofield and Condrey couldn’t say anything more before E3.

As for the speed of COD: WWII’s multiplayer, “it’s not as fast” as the wall jumping, boost kicking Advanced Warfare, but it’s “more grounded and more strategic,” says Condrey. The focus on grounded combat forced the team to change the way they designed lanes and sightlines in COD: WWII, but Condrey does admit it is great not having “to worry about an unseen threat from the sky” when you’re running around a map.

The Europe trip also informed much of the narrative design of Zombies, with Schofield stating that there is “some really authentic stuff in there.” The backstory will be “based on real events,” so expect certain Zombies maps to take place near incidents or battles during the war.

Sledgehammer also seem to be returning to their horror roots with this campaign, with Condrey assuring fans that Zombies will be “unique to our Dead Space signature.” If you aren’t aware, both Condrey and Schofield were higher ups in Visceral Games during the development of the Dead Space trilogy, before they split off to form Sledgehammer. I imagine this means that this Zombies mode will cut out the sillier aspects of later COD games, to make a Zombies campaign that is actually scary.

If you want to read the whole interview, it’s available in Edge issue 307 and expect more news on COD: WWII from this year’s E3.