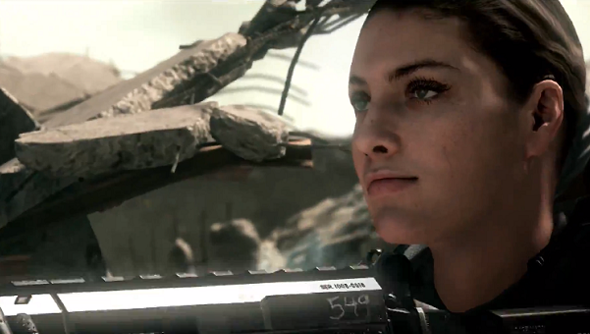 Apparently the main reason that Call of Duty’s not supported female character models up till now is because “Our previous engine would not handle that. The way memory worked in the previous engine, it never would have been able to do that.”

Infinity Ward and Treyarch have always made a big deal about having multiplayer run at 60fps and there may be a nugget of truth that running both a female and male character model online would have impacted the memory allowances of the engine. A small nugget.

Infinity Ward and Treyarch have been working with the same engine now for years. Each new release sees them eeking out a little more power from it. Improving the visuals in some way here, or bettering the audio there. In all that time no one found a way to run a second character model in multiplayer?

Actually, that’s not true. The developers introduced lots of new models with their own unique set of animations. Here are just some of the things that made it into Call of Duty’s multiplayer before women:

Some of these features were taken out of the game. We haven’t seen tanks in multiplayer since World at War. When they were taken out surely that freed up memory. Memory that could have been used to include a female model.

Using engine limitations as an excuse for the lack of female characters in Call of Duty till now is bullshit.