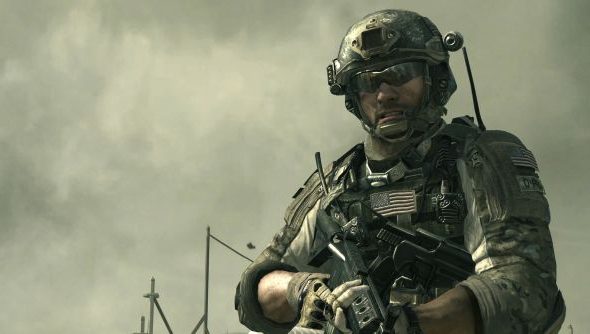 A job advert posted on Activision’s recruitment site indicates that Call of Duty developers Infinity Ward are working on a next-generation console title. The advert, which has since been removed, called for a senior technical animator to – possibly – work with Unreal Engine 4.

Official Xbox Magazine fortunately CTRL-Ced the information before it was taken down. The firm is after someone to work “with 3rd party software for viewing and effecting Maya animations in the game engine (i.e. Unreal)”.

A further advert asks for a senior network engineer to work on “an exciting unannounced title for next generation console systems”. Another asks for a senior technical VFX artist with expertise in animated skyboxes, wildlife, blowing cloth, foliage and destructibles, as well as ”large complex destruction sequence simulations”.
Infinity Ward haven’t officially announced any next-generation projects, but we can’t think you’d get great odds on it beingsome kind of military shooter, e.g. Modern Warfare 4. It also says rather a lot about Unreal Engine 4’s capabilities – its predecessor was great at rendering small, tight spaces, but its tight draw distances meant that it couldn’t really do “large complex destruction sequence simulations”.
It’s also slightly odd that Infinity Ward are moving away from their proprietary IW Engine, various iterations of which have powered the Call of Duty franchise since 2005. But with EA increasingly moving franchises onto DICE’s Frostbite engine, it’s beginning to look like the next generation of console games – and PC games, presumably – will run in one of two engines. Variety is the spice of life, eh?