Carrion is disgusting. And that’s doubtless not the first time the word has been used to describe some of Devolver Digital’s output, although now (or at least in this instance) it’s not being used from a position of pearl-clutching moral outrage.

Because while the most frequent activity you’ll undertake in this pixelated side-scroller is tearing humans apart using your tentacles and feasting on their remains, there’s a sufficient sense of detachment – and of tongues pushed sufficiently firmly into cheeks – to make it all innocent fun.

Things may well change given the game is currently pre-alpha, but as it stands Carrion doesn’t bother with any narrative-led intro or initial scene setting: directly from the title screen you find yourself controlling a small-ish red blob of mutant tentacles which breaks free from containment in an underground facility, and feel your way forward from there.

And ‘feel’ is pretty much right: movement is smooth as you glide across surfaces using your many flaccid protrusions, squeezing through pipes, flicking switches, and slithering from screen to screen like an angry, sunburned octopus. 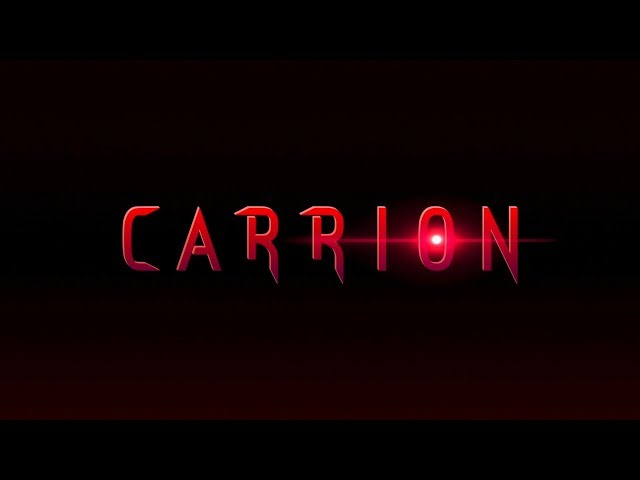 Environmental interaction is handled by grabbing onto your target and waggling it around, whether that’s a lever to open a door, or an enemy’s head (each can be displaced as easily as the other). Feast on your fallen prey and you’ll increase in size/wriggling complexity – it’s hard to specify whether you’re getting bigger, longer, or some combination of the two, but you’re definitely getting more gross.

Early areas can be breezed through. Your destructive blob moves swiftly and satisfyingly around, with doors and enemies being easily dealt with in a flurry of mouse clicks and shakes. Complexity is introduced by tougher enemies – for instance, those wielding flamethrowers or motion-activated robo-turrets – and a light puzzling mechanic. 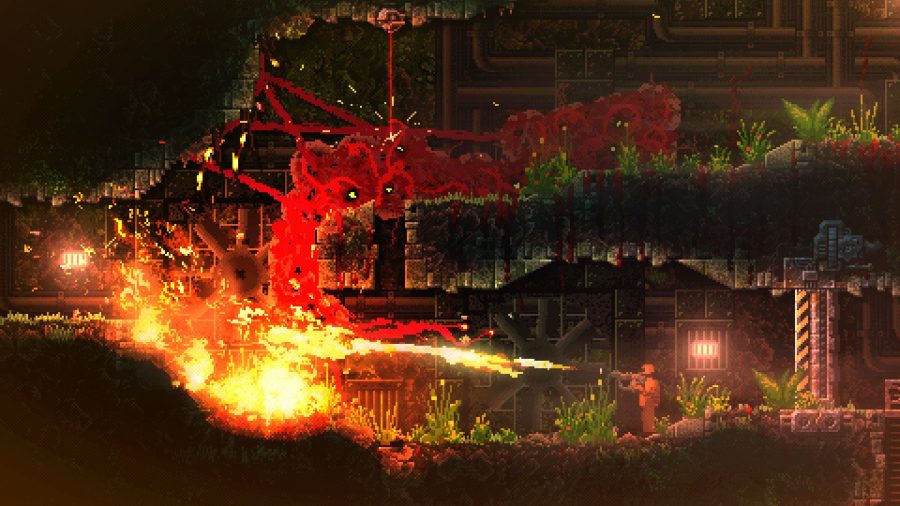 If you're too large, you need to find an orifice to deposit some biomass

Upgrade nodes throughout levels provide you with different skills, such as a web that can reach through grates in order to grab levers, or a dash move that can be used to break through wooden walls. However each of these is only available at a certain size: get too greedy and expand too greatly, and you won’t be able to use the ‘small’ version of your abilities. (You have three size levels, and an offensive and defensive ability tied to each one.) 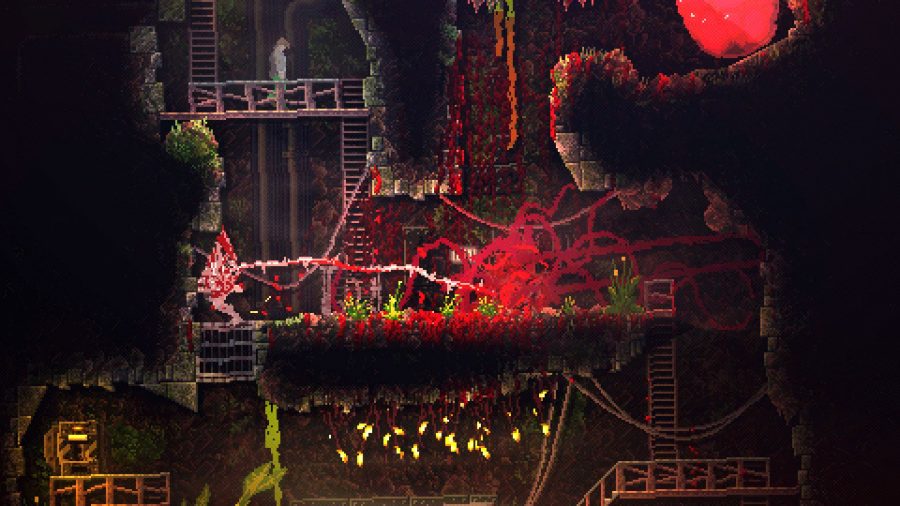 Carrion’s ‘play as the enemy’ angle may not be completely novel but it is still unusual, and there’s a dark humour to proceedings that makes the ostensibly grim conceit seem anything but. The basics of movement, interaction and combat are satisfying (if a little bit imprecise), so here’s hoping for enough variety in combat and puzzling to sustain the game’s intended six-hour duration when it releases next year.

While it may not be the case that being bad never felt so good, there’s certainly much to be said for it as far as Carrion is concerned.