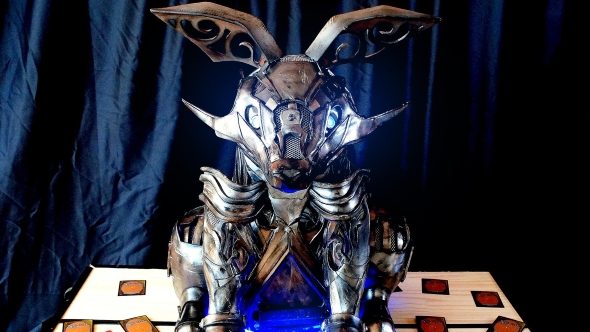 We know what you’re thinking, you’ve got all the best internals for your gaming rig but its old beige chassis just isn’t cutting the mustard anymore, right? Maybe these intricate creations by the world’s leading case modders will give you the inspiration you need to take to it with a hacksaw and give it just a little more panache.

Once you’ve stepped up your case game, you’re going to need the peripherals to match. Check out our guide to the best gaming keyboards to help you complete your dream setup.

The kings and queens of case-based peacocking converged at Cooler Master’sCase Mod World Seriesto show off their meticulously-built case designs. With the hosts celebrating 25 years in business, 121 entrants from over 40 countries submitted their outlandish creations and over 10,000 public votes were cast. This competition is way more than a spirited backyard affair and the contestants go hard.

The two main categories saw fierce competition. The first is Tower, a category dedicated to inventive adaptations of an existing case. This was topped by Russian team S.Pic with their tauntingly-named ‘VEGA’ (nope, not an AMD Vega announcement in disguise – yeah, we were upset too).

It’s a spaceship design with the deliberately faded paintwork of Games Workshop’s Warhammer 40,000 aesthetic. It’s a blue-glowing masterpiece with a Cooler Master MasterCase 5 chassis hidden inside its space-age exterior and rocks an Intel Core i5 and an overclocked Asus GTX 1060 under the hood. 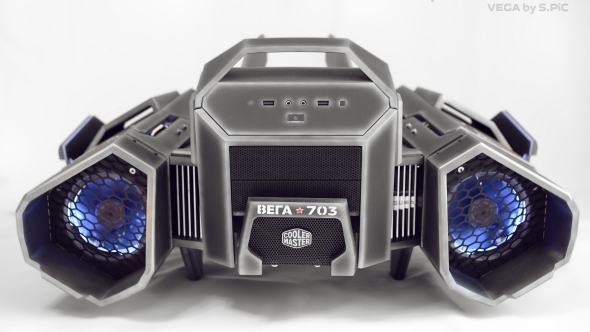 Gaps in the bodywork expose the internals – a nightmare for those who like to keep their gear dust-free – but something tells us practicality isn’t the primary focus of cases like these. As an exercise in statement making, to us it certainly screams ‘keep an eye on this guy’s gun cabinet.’ 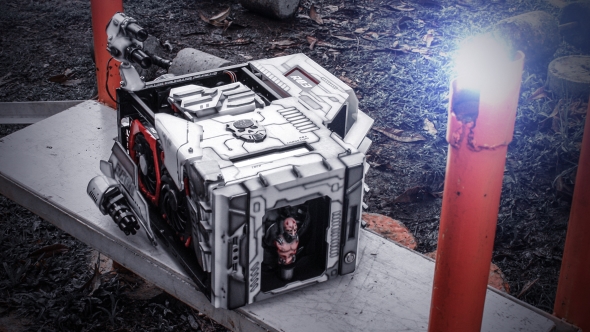 Meanwhile, the Scratch category gives designers the ultimate freedom by stipulating they not use a pre-existing case as part of their build. This, as you can imagine, results in some pretty wacky form factors.

The winner of the Scratch category, and truly a work of art in PC form, is Thai creator Modder Crow’s steampunk inspired entry ‘The Wheel Of Star’. It takes the shape of a bronze ferris wheel and features such beauty and immaculate attention to detail it wouldn’t look out of place in a glass case at some celebrity’s ostentatious dinner party. It’s a genuinely stunning build. 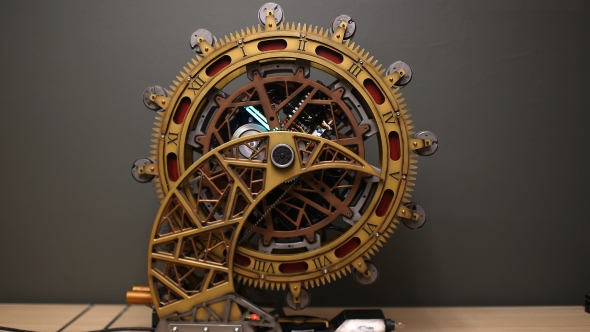 Silver medallist (and only three points shy of the winner) was ‘Code J.A.C.K.’ by Thailand’s Krittanon. Like ‘VEGA’, it takes a space theme and runs with it, resulting in a slick black metallic design suffused with a deep red and orange glow. The inner components and wiring are left totally exposed, giving it the appearance of a nuclear reactor in an action film, definitely a look that would be best completed with a little dry ice.

We’re convinced – in fact, we’ve got our welding masks on already – but if these designs don’t tickle your pickle, check out the full lineup of madcap inventions if you want to experience some serious PC envy.

One of our personal favourites is the adorable Magic: The Gathering inspired robot fox ‘Cyber Kitsune’, but which design is doing it for you? Let us know in the comments section below.