Troy Baker is dangling over a precipice, clinging onto sheer rock with both hands. The stone is crumbling beneath his fingers, threatening to send him tumbling into the abyss, where a supernatural force bays hungrily. For a seasoned videogame protagonist, this is simply a weekday.

Yet this time Baker’s distinctive voice isn’t attached to the grizzled big brother of Uncharted 4, nor the disgraced Pinkerton of BioShock Infinite, nor any of the other muscled visions of masculinity he’s played across the game industry. Instead, his panicked lines tumble from the throat of a shivering twentysomething, dressed only in his pants, clinging pathetically to his pillow. When he wakes, he finds he’s wet the bed.

While games seem unable to tear away from stories about men and their crises – fatherhood and work-life balance are particular favourites among male creative directors – Catherine is at least no power fantasy. There’s an attractive honesty to its story about a young man wrestling with the idea of proposing to his longtime girlfriend, the far more successful Katherine.

You sense that Katherine is herself wondering whether or not our loser protagonist Vincent is worth sticking with until he grows up – but the game is situated firmly inside Vincent’s head, treating his fear of commitment as if it were a matter of life or death, quite literally. 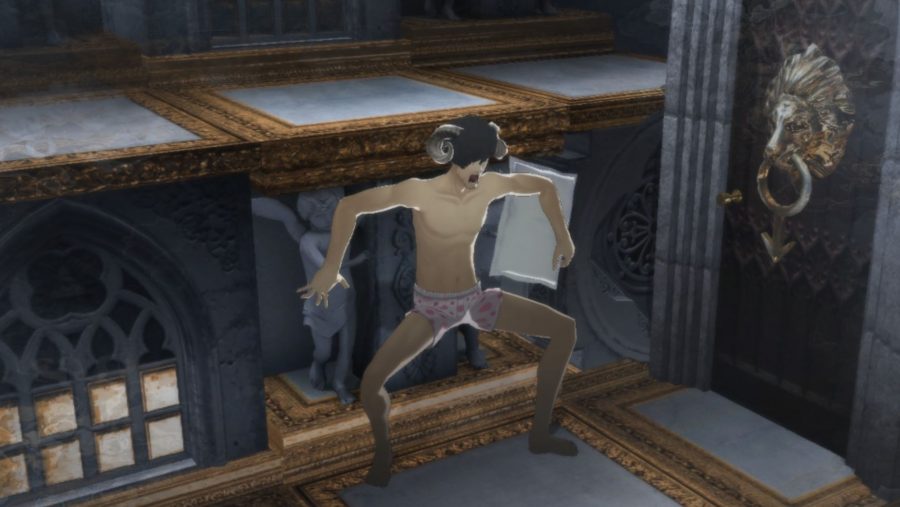 Each night Vincent falls into a terrible recurring nightmare, in which he must climb a tower to escape a fork-wielding giantess – more overbearing mother than partner – who bellows at Vincent to face up to his responsibilities. This caricature of Katherine threatens to eat him whole, an overwrought metaphor that would be funny were it not for the fact that, in the waking world, young men are dying inexplicably in their sleep. You see them sometimes, tumbling past Vincent, represented unflatteringly as anthropomorphic sheep. Those who fall from the tower are never waking up again.

It’s here that, despite all the climbing and the presence of Baker’s voice, Catherine takes the opposite tack to Uncharted. Naughty Dog has driven a Western approach to game storytelling that eschews explicitly gamelike elements. During the making of Uncharted 4, the decision to include a tiny icon in the world to indicate where players could use the grappling hook prompted a soul-searching internal discussion – “they hated UI elements that felt too video gamey,” Jason Schreier writes in Blood, Sweat and Pixels. In Catherine, by contrast, Vincent’s nightmare sequences splash the screen with the noise and colour of arcades. “COOL!!” screams the game out loud as you reach a platform ahead of schedule, showering you with points and celebrating your score multiplier by pushing it further into your face. 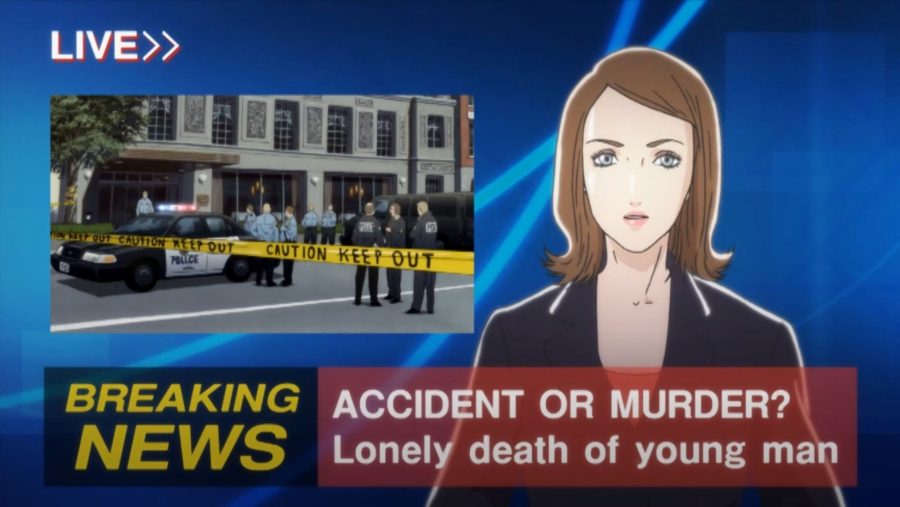 None of this overtness compromises the story, however, since to some degree the young men scaling the tower are also aware they’re playing a game – albeit one with all-too-real consequences. At the landing stages in between levels they catch their breath, despairing at their predicament, but also trading theories and techniques to better their chances of survival.

However troubling the physics of Catherine’s building blocks is, its boob physics is moreso. The game’s female characters exist largely as prompts for Vincent’s inner turmoil, rather than as convincingly 3D personalities. It’s a complicated and self-aware picture of male shortcomings, but not a consistently progressive one.

They talk openly about the nonsensical physics of the tower’s perpendicular puzzle blocks, using them to their advantage to construct stairways over nothing. It’s as if a stranger has put a gun to Vincent’s head and demanded he complete every stage of Tetris – the fact that the task is arbitrary does nothing to reduce the peril of the situation. If anything, the juxtaposition only heightens the horror.

Out in the real world, people are beginning to catch on to what’s happening to a generation of manchildren. A stranger at the bar murmurs urgently about her friend’s boyfriend, nearly killed in his sleep. Meanwhile, those arcade elements creep further into the story. The announcer who voices Catherine’s tutorials begins to handle the relationship questions that bookend each stage: does life begin or end at marriage? Would you prefer an older or younger partner? Ingeniously, Catherine breaks down the results of these confessionals in pie charts afterwards, using the stats of binary game choices to further its status as real-life social commentary. 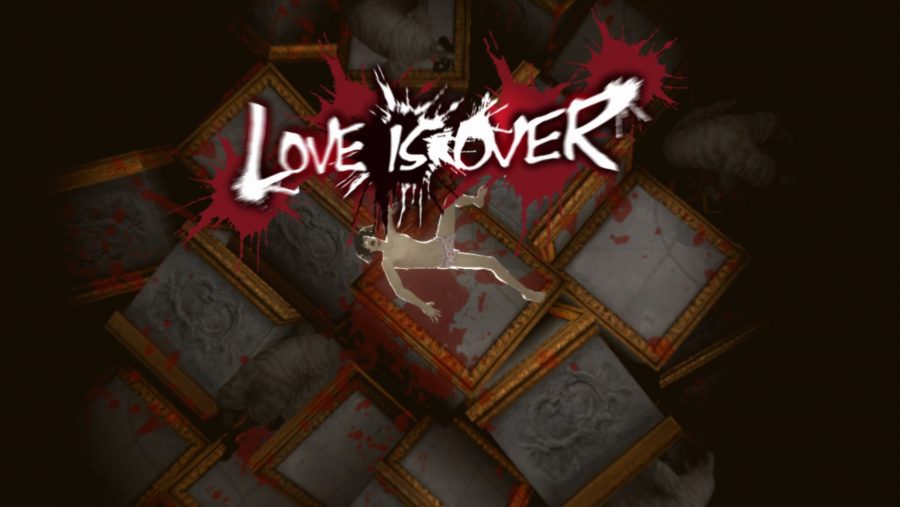 Where Uncharted has often got into hot water over the dissonance between its empathetic protagonist and endless third-person head-popping, Catherine draws attention to the clash between game and story, drawing power from it.

Though undoubtedly wacky, it’s ultimately to Catherine’s credit that it embraces the fact it’s a puzzle game wrapped in an interpersonal drama, rather than attempting to smooth the edges. As in the game, those edges support the building blocks above, even when received wisdom suggests that gravity should send the whole enterprise tumbling into the darkness.