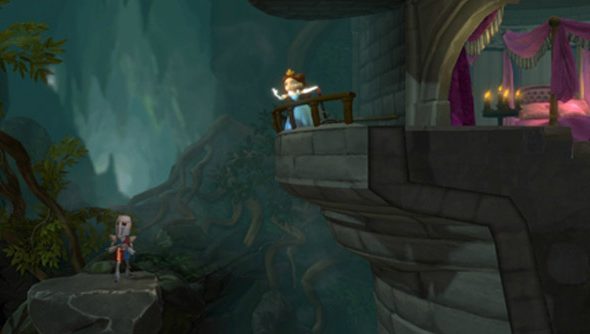 While Tim and his team have been getting up to their elbows in the Double Fine Adventure project, other teams at the studio have been delving into their own games. In Ron Gilbert’s case – yes, the creator of Monkey Island – that game is The Cave.

Taking control of seven characters, you must explore the depths of the winding, talking cavern (it narrates the game), so each of the protagonists reaches their goal – finding their love, their princess, solving the scientific problem of the century, or whatever it may be. Check it out below:

It doesn’t go into great depth concerning the way you’ll be playing the game, appearing to be more platformer than puzzler, but then this trailer is to introduce you to the characters more than it is to get you up to your guts in mechanics and the nitty gritty.

It’s due for release in January, so expect to see a good deal more footage of the game between now and Christmas.