Visually, Celeste and Gris couldn’t look further apart. Celeste is set in the harsh, icy tundra of the Canadian wilderness, a million miles away from the surreal and soft watercolour world of Gris. Beyond one’s colourful pixels and the other’s inky dreamscape, however, both games have a similar core. They both feature female platforming protagonists vaulting over obstacles, jumping from wall to wall, and dashing through levels but in a way that takes platforming ideas and themes in a different direction to most platform games.

Celeste and Gris use the mechanics of platforming to create two character portraits of women dealing with sadness, anxiety, and pain. Through their closely knit story and gameplay, both games express the vulnerabilities of these characters and teach us important lessons of self-care and self-patience.

Celeste tells the story of Madeline, a young woman who will do anything it takes to climb to the summit of a terrifying mountain. You’ll be navigating some incredibly tricky stages, through blizzards, over rocky crags, and into the depths of the mountain. The struggle pushes both Madeline, and the player, to the brink. As you traverse the mountain she suffers from several panic attacks, and it’s slowly established that she struggles with anxiety, self-loathing, and depression.

You’ll die many, many times in Celeste, which is a fact that directly ties in with Madeline’s perpetual fear of failure. Just as you think you’ve got the hang of a level, you’ll slip and fall. But as you push on through each chapter, Madeline slowly begins the process of understanding a different side to herself. Her quest to conquer Celeste mountain turns into a tale of a young woman learning to be more kind and gentle to herself. 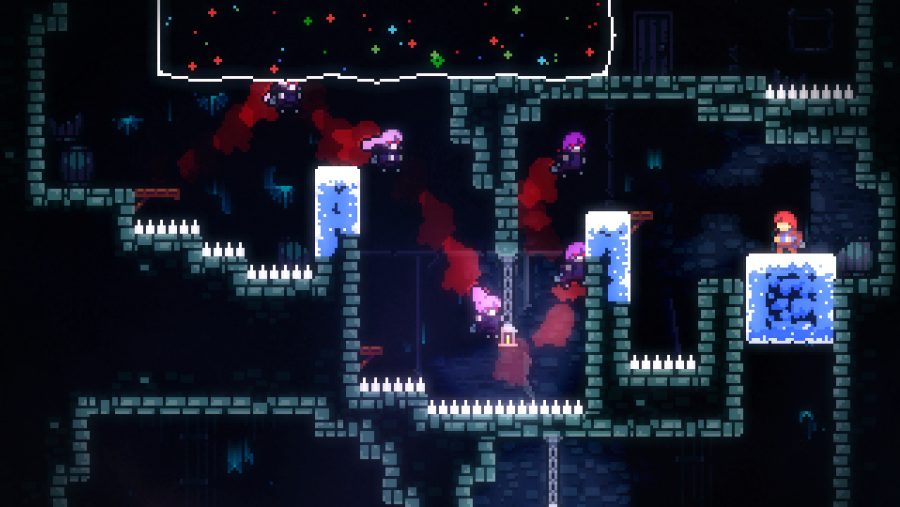 Where Celeste is about pinpoint, precise platforming that evokes its protagonist’s experiences, Gris takes a more fluid approach. The platforming in Gris doesn’t involve any frustrating falls – it’s graceful and delicate, matching its subject.

The unnamed woman in Gris floats her way through the landscape as she tries to bring colour back to her grey world. Its method of storytelling is more abstract than Celeste’s. As you progress slowly through the world of Gris, the protagonist will learn different skills to help her progress.

Her dress helps her get around this strange place as it gains the the ability to turn into a rock, to stop from being blown away – or to drift through the air, reaching higher ground, or glide through water into the blue depths. 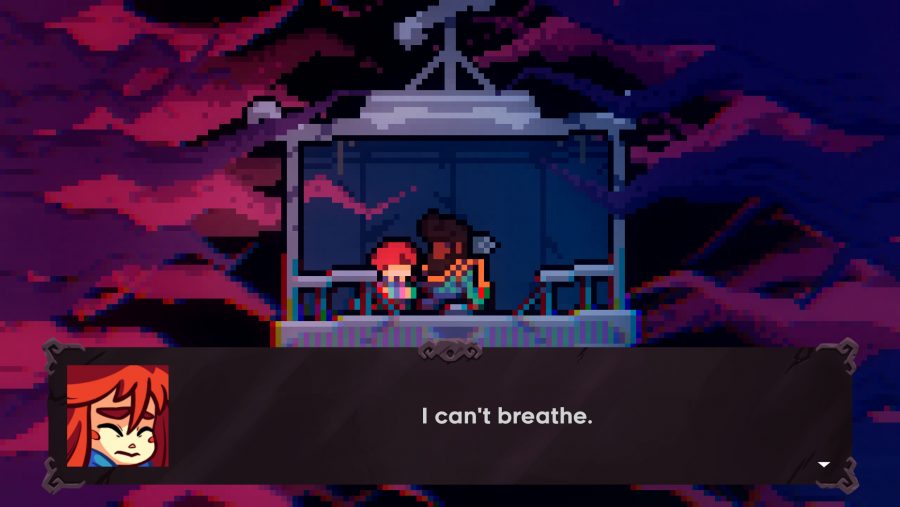 The landscape and colour does the talking for this mostly wordless platformer. Everything that looks like it was once constructed is falling apart. You have to climb giant statues of grieving women, who seem to be on the edge of shattering into a hundred pieces.

You’ll make your way up towering, abandoned monuments, and find platforms amid crumbling fortresses. Gris deals with an overwhelming sense of melancholy, the world dissolving around the main character as though awash with tears.

Where the mountain in Celeste is a physical obstacle to overcome, the world of Gris is a grey wasteland that’s breaking apart. As you make your way through the game you’ll slowly piece the world of Gris back together and add a splash of colour to its canvas. Just like Madeline in Celeste, the young woman in Gris rediscovers parts of herself that she had lost and uses them to rebuild her world. It’s a process of healing. 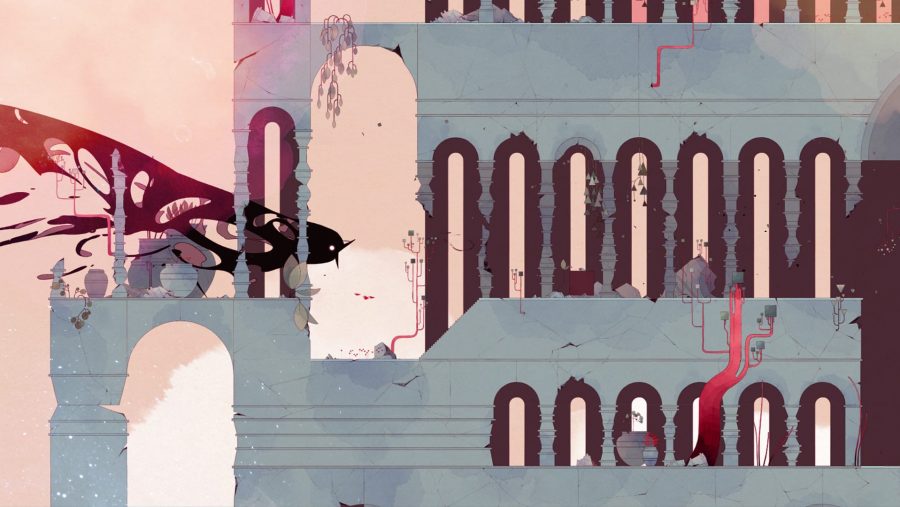 Celeste and Gris both use the mechanics of platforming to take you to the deepest wells of sadness – but also the heights of hope. We’re with both of these characters through their worst moments of anguish and fear. From Madeline’s breathing exercises when she has her panic attack, to Gris’s protagonist crumpling up into a ball at the end of each chapter – it’s all laid bare to us. But we also get to see both women emerge from the other side.

Celeste launched right at the start of the year in January, with Gris releasing this December – making them bookends to the year. Two sisters built from the same foundations. What makes them special is that, in the end, you don’t just ‘solve’ the conflicts of each game. They’re not about punching depression in the face – although that would be satisfying – they’re about being patient with yourself and understanding your limits.