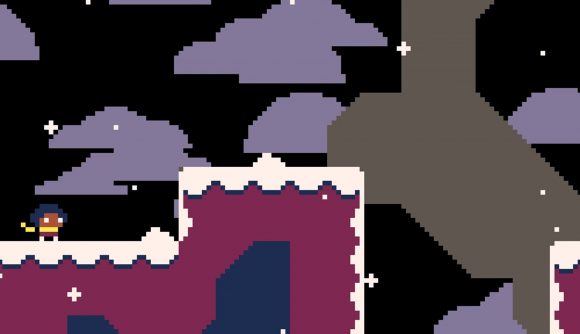 Before Celeste graced our screens back in 2018, we had, uh, Celeste. It was a simplified version of the game created with the Pico-8 engine and released in 2016. It features all the air-dashing, strawberry gathering, and demand for perfect platforming you would recognise, but was more dialled back in animation and these days feels like a proof of concept. Naturally, though, having games with the same name is confusing, so the older of the two became known as Celeste Classic – phew.

Now, though, to celebrate the third anniversary of Celeste, the team at Extremely OK Games has released a follow-up to Celeste Classic. It’s called Celeste 2: Lani’s Trek and the team put it together in just three days.

As the title gives away, this one is about a new character called Lani and not Madeline. There’s no air-dashing, either, as you’ll be relying on a grappling hook to get you where you want to go. I haven’t got properly stuck into the game yet, but it still retains everything else that made Celeste enjoyable – from the wonderfully uplifting soundtrack to the demand for precise platforming.

You can download the new PC game or play it on your browser over on Itch.io, if you fancy giving it a go.

Over the last 3 days we made a sequel to the PICO-8 Celeste Classic, which you can play here:https://t.co/wP8t6Pv0lg

If you’re looking for more indie games, you know where to click.