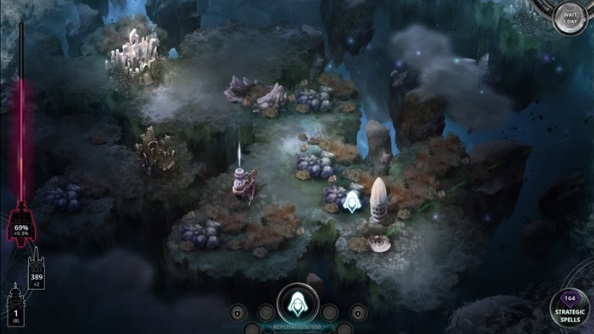 Julian Gollop’s sorcery strategy Chaos Reborn has branched out into new schools of wizardry with its 1.3 update. a new single player Realm quest campaign will allow you to take on AI enemies of increasing difficulty in your quest to achieve gold ranking.

The campaign contains five Realms, and are made up with the realm creation system. That system is now more sophisticated, offering more interesting encounters for you to solve and conquer.

If you’ve yet to try out Chaos Reborn, a brand new demo will allow you to play multiplayer battles for free, as well as one Realm quest.

Coming after this update will be a release of the game on GoG.com. Instructions will be sent out to Kickstarter backers soon that will explain how to grab the GoG version instead of the Steam one.

If you’re looking for more than just the CliffNotes, dig deep into the full patch notes right here: