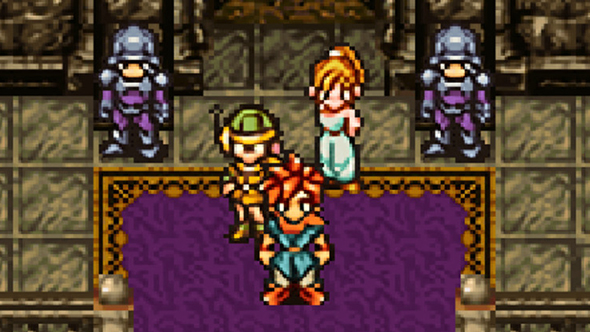 Square Enix have deployed the first in a series of updates aimed at bringing Chrono Trigger’s Steam release up to snuff. Most notably, it removes the smeary blur filter that served as the chief complaint, defaulting now to show upscaled pixels in all their sharpened glory. If you prefer your retro games to look bad, you do have the option of turning the filter back on.

Get the best old games on PC.

This update also alters the font and dialog box graphics for “a more classic look and feel,” and changes the order of the opening animated sequences to bring them in line with earlier versions of the game. 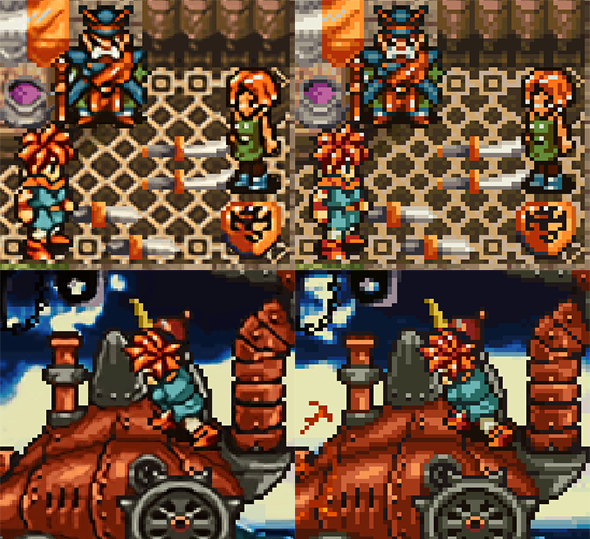 More updates are on the way, including further UI changes improving the experience whether you’re using mouse and keyboard or a gamepad, as well as improved resolution for the FMV cutscenes.

Original story, April 3: Chrono Trigger is one of the best games of all time, perhaps even the best 2D RPG ever made, so it was a cause for celebration when thegame released on Steam– but that joy was short-lived. It was apparently a mobile port, and one that smoothed over the original’s pixel art with a blurry filter that turned everything muddy. But Square Enix have plans to fix the port, starting with a patch including the original graphic style.

According to the Steam Community update that patch will come in the first half of April, with the headline change being “an option to switch between the current high-resolution graphics, and the original graphical style of Chrono Trigger.” The other changes are not yet known, but a full list will come when the patch launches.

Additional patches will come over the next few months. “For now, be assured that we’re working very hard on adjusting, updating and supporting Chrono Trigger on Steam.”

While it’s not quite so trivial to produce a high-quality port of ancient game as some might imagine, it’s still disappointing to see Chrono Trigger launch in such a dismal state on PC, with UI issues and gameplay glitches alongside the ugly graphics. Hopefully the next round of patches will bring the game around, as Chrono Trigger certainly deserves better.