Parenting has changed a great deal in recent years. There was a time, not so long ago in fact, when the idea of sourcing anabolic steroids for your five-year-old son by trading some medals he won with a distressingly large, talking slug would be frowned upon. The same was also true of stuffing your feet into the mouths of crying infants in order to keep them quiet and so, naturally, bring about the conditions in which you could take their carer’s cherry.

Thank goodness, then, for Amanita Design, the independent Czech studio behind Machinarium, the Samorost series, and forthcoming horror game Creaks. This heroic collective of developers decided to tackle these outmoded societal hangups head-on with darkly comic puzzler Chuchel. These days, thanks to Amanita, most parents wouldn’t think twice about involving their kids in drug deals or theft, and are rightly no longer demonised for doing so.

Chuchel, by the way, is absolutely brilliant. In it you help, hinder, and torment the eponymous hero – a stroppy, fizzing ball of fluff whose apricot fur compliments his tangerine-pith lips – as he perpetually attempts to secure his one true desire: a bright-red cherry.

Ah, that first paragraph makes a little more sense now, doesn’t it? The social attitude of this article isn’t quite as low-rent as you initially thought. To clear up any remaining misunderstandings: those steroids are so Chuchel can grow giant arms in order to turn a heavy lever, and the medals my son and I give to the slug dealer are earned in a series of arcade game pastiches (Tetris, Pac-Man, and Space Invaders, if you’re interested).

Read more: Julian’s game of the year is Into the Breach

And what’s with that stuff about cramming feet in baby gobs? Well, obviously, first we turn Chuchel and his weird purple pet into spindly, four-legged spider… things by feeding them some dodgy fruit. So it’s fine, really. 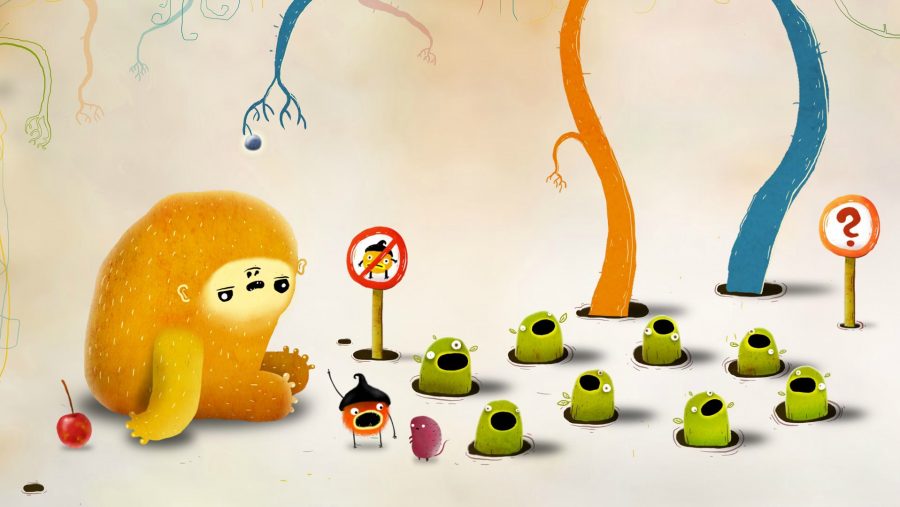 These madcap vignettes represent just a tiny proportion of the string of ridiculous situations in which Chuchel finds himself. Every single one causes my five-year-old son to laugh joyously, and that is why I’m making it my game of the year.

It’s worth having some context here. My son is no stranger to videogames: this is a boy who has finished Mario Odyssey unaided, who regularly sessions boss rush modes in various platformers just for fun, who can hammer through a Thumper run, and who’ll happily dash-jump his way through a Celeste level. He also quick peeks IRL when stalking me around the house with his toy gun. In short, he loves games. But there’s something particularly endearing about the way he engages with Chuchel and the bestiary of bizarre creatures that make up the adventure’s supporting cast.

The way he shouts at the screen as we try to wake a sleeping Chuchel in the game’s opening scene, for example, convinced that the unfortunate protagonist will respond directly. Or the uncontrolled giggling that’s triggered by Chuchel’s failure to either defuse or run far away enough from a lit cartoon bomb. 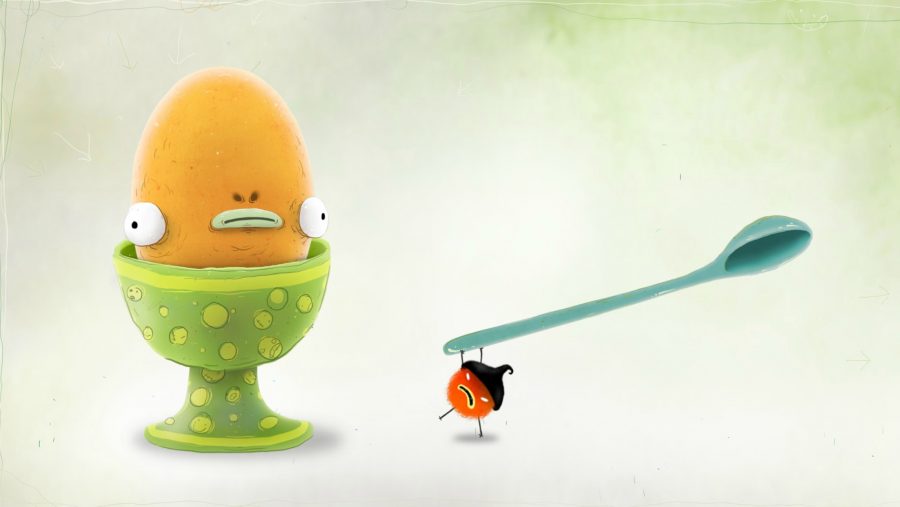 Or, for that matter, the evil chuckle that emanates from him as we team up, my hand over his to help guide the mouse – he’s proficient with a controller but we’re still working on WASD – and proceed to stove in the head of a sentient egg which has just eaten Chuchel’s pet and the cherry we’d oh-so-nearly bagged.

Read more: Chuchel is one of the funniest games we’ve played

It helps, of course, that Chuchel’s short temper, refusal to take no for an answer, and propensity for comedy violence so closely echo my son’s. My own, too, of course: the ability to deeply empathise with Chuchel’s disproportionate strops is a major contributing factor to my enjoyment of the game.

Amanita’s creation is a scatological wonder of childlike imagination that smears a smile across your face from the off and keeps it there until the final scene. It’s a triumph of wordless audio design and slapstick animation that is more characterful and open-hearted than many games with one hundred times its budget.

Sure, if you really think about the details of Chuchel’s activities then there’s a drug-fuelled, nightmarish quality to his fruitless purgatory that will haunt you for the rest of time. No biggie, as that’s true of many of the most cherished kids’ TV classics, as well – think The Magic Roundabout, Pingu, or any cartoon starring Roadrunner. It simply fuels the argument that Chuchel deserves to be mentioned in the same breath as them, and is one of many reasons that Amanita’s game is capable of generating such potent shared memories.