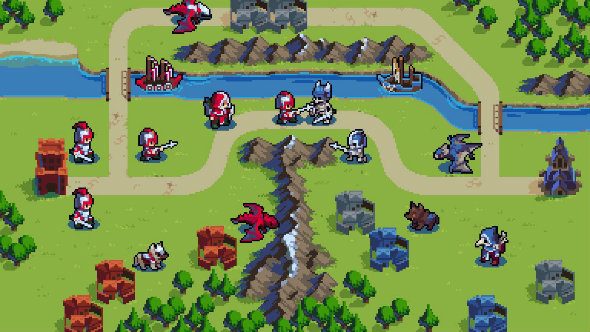 Chucklefish Games’ CEO Finn “Tiyuri” Brice has been teasing one of the studio’s upcoming projects, which he describes as “Advance Wars meets Fire Emblem, with online multiplayer, on PC”.

Check out our list of the best strategy games while you wait for a release date.

The new Chucklefish title is billed as a turn-based strategy game and a modern spiritual successor to Advance Wars.

“The goal is to make good use of modern tech, online multiplayer, [Steam] Workshop support, that kind of thing,” Brice told PCGamer.

Here’s an art demonstration for that work-in-progress: