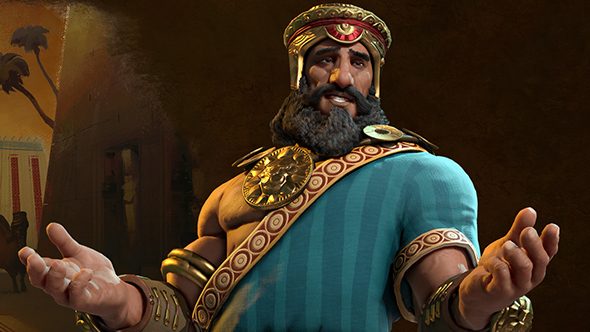 Last month, ad tracking software Red Shell generated controversy after it was discovered in a number of popular games. The program’s information collection had – and has – many players concerned about their privacy, calling for Red Shell’s removal from every game that contains it. Now one of the biggest titles on the list has cut the program.

The latest patch notes for Civilization VI make the simple note of “removed Red Shell.” There’s no direct acknowledgement of the controversy, though there is an additional note. “Firaxis Games and 2K are committed to making Civilization VI the best experience possible and will continue to support the title. If you have any feedback on this update or just the game in general, please let us know in the Steam forums or comment below.”

Make sure you’re up to date with the best games on PC.

You can see the patch notes over on Steam. They also include cross-platform multiplayer across PC and Mac, which is nice, though nothing else.

The Reddit thread which brought this all to our attention has continued to collect relevant info, and since we last reported on Red Shell many of the titles which made use of it have either removed it or pledged to do so. Of the handful of titles that haven’t addressed the tracker, most are small indie games and mobile ports – with the notable exception of Injustice 2.

In theory, Red Shell is intended to track non-personal device info on games that make use of it, allowing publishers and developers to see how effective their advertising is. The fact that this largely happened without players ever knowing that info was being collected was an understandable point of concern.

Since the controversy began, Red Shell has put a whole heap of new bits on its website addressing privacy concerns. A new page for gamers aims to more clearly break down how info is collected, secured, and transmitted, as well as how to opt-out.

The new site also specifically addresses concerns about the software’s legal status under GDPR – specifically, that Red Shell is categorized as a “data processor,” and that data collected is owned by game makers rather than the tracker itself. However, “The legislation is still new and has yet to be interpreted by the courts so there are still many details to work out.”

One quote we grabbed from the old FAQ has curiously gone missing since we last checked in, addressing whether or not Red Shell can be considered spyware. “In a brilliant move by our marketing department,” the now-removed bit reads, “Red Shell shares the name with a 14 year-old Trojan virus. Certainly Red Shell does not (nor could it) execute any code on your computer outside of the game you are playing. Inside that game all that is run is a simple postback used for attribution and analytics.”

It’s unlikely any of those specifics have changed, and that Red Shell is simply trying to isolate itself from the concept of spyware with a friendlier FAQ section. What it means for the program’s future that so many games have dropped it remains to be seen.